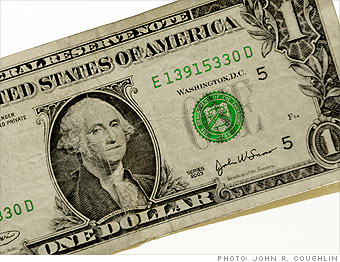 Some argue that there's no proof that a weak currency is driving oil prices.

The theory: The sharp decline in the value of the dollar - it has dropped 25% on a trade-weighted basis since 2002, including a 40% plunge against the euro - is responsible for the surge in the prices of crude oil and other commodities.

Reality check: The dollar has certainly been on the decline in recent years as oil prices have headed up. But the "causality link between weak currency and high price is not well established," writes David Kotok, chief investment officer at money manager Cumberland Associates in Vineland, N.J. "There were periods in history when the oil price rose and the dollar was strong, the reverse of what is occurring today." He does say that if crude oil prices have peaked, which he believes is likely due to declining U.S. gasoline consumption, that will "act like a huge tax cut and stimulate growth in the U.S." - a turnaround that could boost the dollar's value.