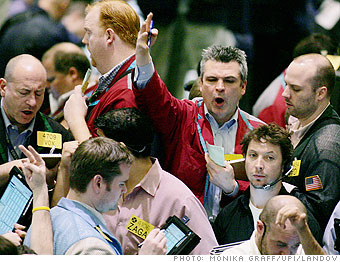 Pension funds and university endowments are investing heavily in big commodity index funds, but are unlikely to be key drivers of oil prices.

The theory: The rise of big commodity index funds is pushing up oil prices. Hedge fund manager Michael Masters says the money plowed into commodities by big investment firms such as pension funds, sovereign wealth funds and university endowments has grown 20-fold over the past five years, to $260 billion in March. "They are not concerned with the price per unit; they will buy as many futures contracts as they need, at whatever price is necessary, until all of their money has been 'put to work,'" Masters told the Senate Committee on Homeland Security and Governmental Affairs on May 20. "Their insensitivity to price multiplies their impact on commodity markets."

Reality check:Skeptics say the funds are chasing, rather than causing, the rising prices. Others note that the prices of commodities such as rice and cobalt that aren't traded on exchanges - and therefore aren't in the index portfolios - have risen more, in many cases, than those supposedly boosted by the index speculators. The bottom line: Fundamental drivers of higher oil prices, billionaire investor George Soros testified Tuesday before the Senate Commerce Committee, "would persist even if speculation and commodity index buying were eliminated." That said, he'd like to see less of this sort of speculation, saying commodity indexes "are not a productive use of capital" and that many investors in these strategies are likely to suffer big losses after the price surge crests.