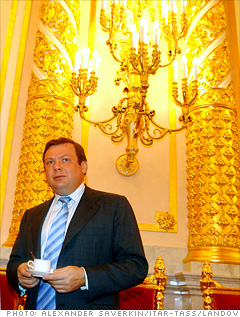 This oil magnate reportedly started out selling tickets to shows and washing windows in a co-op, but since teaming with college buddies to form Alfa Group - which has had interests in everything from computers to supermarkets to phones, plus big bets on banking and oil - he hasn't looked back. His ambitions include the creation of a "Eurasian Vodafone." But he's probably best known outside Russia for his investment in the troubled joint venture between Russia's TNK and Britain's BP. BP picked a partner known for his toughness: Harried competitors and others have accused Fridman of exerting pressure through such time-honored tactics as bribes, press manipulation, and other abuses of power.