Whether victims of excessive hype or consumer stinginess, these would-be sizzlers are likely to fizzle this holiday season. 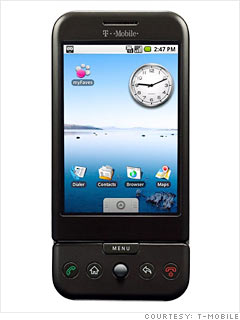 Google's hotly anticipated push into operating systems for mobile phones was a media sensation, but HTC's version of its Android-powered device is falling short of the hype. Critics say the "Google phone," which went on sale Oct. 22, is a little clunky with design flaws like no earphone jack and an oddly jutting chin. Close, but no iPhone killer.
By Scott Moritz, writer
NEXT: Zune video MP3 player
Last updated November 03 2008: 2:10 PM ET
Email | Print |

Where the dollar is strong
Just because your personal treasury is shrinking, it doesn't mean your travel plans should too. More

10 must-have iPhone apps
Be warned: The picks are subject to change...hourly. More