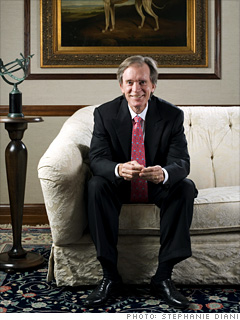 The founder of bond giant Pimco warned of a subprime contagion back in July 2007.

While 2008 will probably be best known as the year that global stock markets had their values cut in half, it was really much, much more. It was a year in which every major asset class - stocks, real estate, commodities, even high-yield bonds - suffered significant double-digit percentage losses, resulting in the destruction of over $30 trillion of paper wealth. To blame this on subprime mortgages alone would be to dismiss an era of leveraging that encompassed derivative structures of all types, embodying a belief that economic growth was always and everywhere a certainty and that asset prices never go down. As 2008 nears its conclusion, we as an investor nation have been forced to face a new reality. Wall Street and Main Street are fearful that a recession may be replaced by a near depression.

The outcome essentially depends on the ability of the Obama administration to rejuvenate capitalism's "animal spirits" by substituting the benevolent fist of government for the now invisible hand of Adam Smith. Federal spending and guarantees in the trillions of dollars will be required to fill the gap created by the deleveraging of private balance sheets. In turn, lenders and investors alike must begin to assume risk as opposed to stuffing money in modern-day investment mattresses. The process will take time. Twelve months of the Obama Nation will not be sufficient to heal the damage of a half-century's excessive leverage. The downsizing of private risk positions - replaced by government credit - will also result in reduced profit margins and a slower rate of earnings growth after the bottom is reached.

Investors need to recognize these titanic shifts in market and public policies and be content with single-digit returns in future years. Perhaps the most lucrative pockets of value are in high-quality corporate bonds and preferred stocks of banks and financial institutions that have partnered with the government in programs such as the Troubled Assets Relief Program (TARP). While their profitability may be restricted, their ability to pay interest and preferred dividends should be unhampered. Above all, stick to high-quality companies and asset classes. The road to recovery will be treacherous.