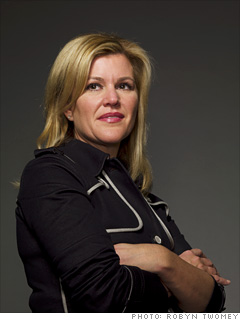 The Oppenheimer & Co. analyst was among the first to warn that the big banks had big problems.

What the federal government has done so far- with TARP, bailing out Citigroup, etc. - has stemmed the bleeding, but what it hasn't done is fundamentally alter the landscape. Yes, there's been a tremendous amount of capital thrown into the system, but my concern is that it's just going to plug the holes. It's not going to create new liquidity, which is what the system so desperately needs.

When the government announces these plans, investors get excited and hopeful. But details have been slim, and while I appreciate the government saying, "We've been wrong here. Let's try something different," the strategy changes have not solved anything. So far we've had TARP 1.0, TARP 2.0, and TARP 3.0, and I'm certain there will be a 4.0, a 5.0, and a 6.0. There has to be, because the companies cannot raise the capital they need, which means that the default provider of capital has to be the federal government.

What happens in 2009? Frankly, it's hard for me to predict what's going to happen next week, never mind next year. What I will say is that I expect all these banks to be back in the market looking for more capital. We'll also have a wholesale restructuring of our banking system, probably toward the end of 2009. There will be banks getting smaller, banks going away, and banks consolidating. At the same time, though, I think you'll see more new banks created. We've already seen more applications. And it's a great idea: You start with a clean balance sheet and make loans today with today's information. Plus, right now you've got a yield curve that's good for lending.

I think the overall economy will be worse than people expect. The biggest issue will be consumer spending. If 2008 was characterized by the market impacting the economy, then 2009 will be about the economy impacting the market. It's already started.