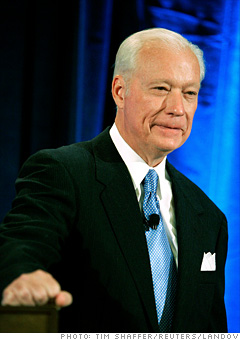 Age: 60
Job now: Partner, Centerview Partners
As CEO of Gillette, Kilts rescued the struggling razor-maker in 2001 then sold it four years later to Procter and Gamble at a hefty premium for $57 billion. High-level recruiters consider him the top consumer goods turnaround CEO.

But he's another all-star who's tough to get. They say the low-key Kilts will stay at New York-based private equity firm Centerview Partners, which he co-founded in 2006, unless he's offered a top job. But with the recession weighing heavy on consumer goods, that could happen sooner rather than later.