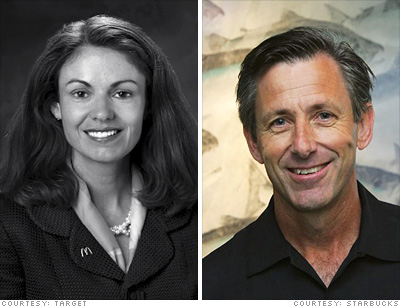 VS: Jim Donald, former CEO, Starbucks, which he left under pressure in 2008, and former CEO of Pathmark; a lifelong retailer who developed Wal-Mart's SuperCenter food business. Says that food retailing is his "sweet spot."