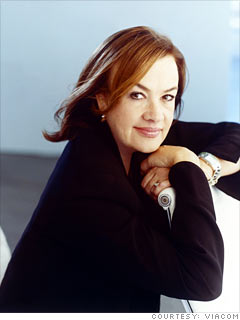 Chairman and CEO, MTV Networks
Viacom (VIA)
2008 rank: 18
Age: 57
This media boss scored a coup with MTV Games' "The Beatles: Rock Band," a game that marks the first digital release of the band's music. Still, profits are down at parent company Viacom, whose stock is off 16% from a year ago.