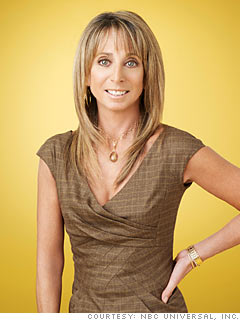 President, NBCU Cable Entertainment and Universal Cable Productions
General Electric (GE)
2008 rank: New
Age: 59
She heads Syfy and the company's cable show incubator, but Hammer's crown jewel is USA Network. Under her direction, it became NBCU's most profitable asset and delivered the best ratings in cable history for the first quarter of 2009.