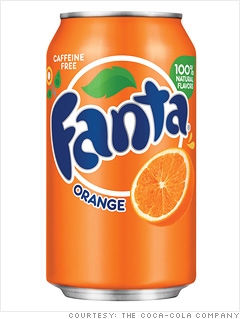 Not so niche anymore: it's one of Coke's billion dollar brands, selling some 175 million cases in the U.S. last year. That's more than seven times its volume in 2000, according to Beverage Digest.

Coca-Cola is relying on Fanta to inject some fizz into the flattening U.S. sparkling beverage category, which was down 3% for Coke in North America in 2008.

Its April launch of a new look for the fruit-flavored soda included a nationwide search for the fourth member of the Fantanas.