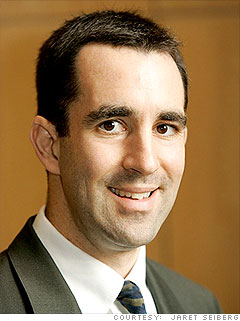 There are parts of the plan that make sense and enjoy broad political support. But the fundamental problem during this crisis was that when times were good no one had the political will to pull the plug.

If you accept the fact that we can't change that politically, the question becomes: Are there smaller steps that can be done to help mitigate a return to a crisis like this?

The most important reform that can come out of this is the designation of a single entity that's responsible for looking at broader risk overall to the system. People say it was the Fed's role, but it never really was explicitly.

The political reaction back in 2005 if the Fed had stepped in and cut off the flow of subprime lending -- which in 2005 was viewed as this miracle that was raising the home ownership rate to 70% -- the political fallout would have been tremendous.

Congress would have said the Fed is overstepping its role and it would have overturned the Fed's moves.