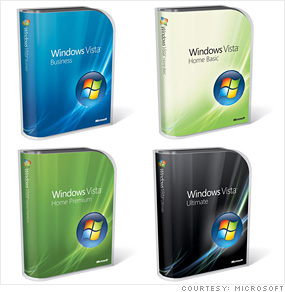 Microsoft exec Jim Allchin, charged with developing the operating system then known as Longhorn, lashed out in a memo to CEO Steve Ballmer and Chairman Bill Gates about its many flaws.

After warning of the software's slow performance, security shortcomings and bugs, Allchin ranted that he "would buy a Mac today if I was not working at Microsoft."

Although he acknowledged that "there is nothing hugely deep" in his analysis, Allchin's comments turned out to be prescient: Millions took his advice, switched off their buggy, virus-ridden PCs for good and bought Macs.