8 stars speak out on Steve Jobs

Eight people who rarely speak publicly about Jobs explain what makes him one of the best business minds of our time. 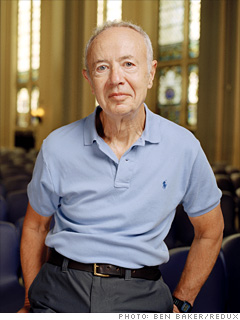 When you talk about Steve, you need to distinguish between Jobs 1, the young man who started Apple, and Jobs 2, the guy who came back to Apple and turned it around.

During the Jobs 1 era, some of us from Silicon Valley were invited to a dinner in Palo Alto. It was 1983. At one point during the meal, Steve stands up and yells, "Nobody over 30 can possibly understand what computing is all about."

I pulled him aside, waved my finger, and lectured him, telling him, "You're incredibly arrogant. You don't know what you don't know." His response was, "Teach me. Tell me what I should know."

We had lunch and talked, mostly about personal stuff. I don't think I taught him anything. But he was wrong when he singled a generation out. How old was Steve when the iPod came out -- 46?

As Jobs 2 he became the turnaround artist of the decade. There's no other company in technology that's started with a strong core business and developed another very strong one. The rest of us are lucky, or good, [if we're] right once.