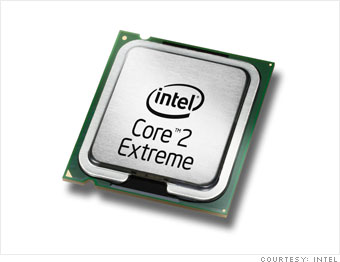 It was a tough year for Intel: Demand for its chips plummeted as PC sales in suffered in 2009.

But the massive chipmaker, which controls 80% of the world's PC microprocessor market, kept innovating. It just launched the first-ever 32-nanometer chip, a smaller, faster, more powerful chip expected to become the industry standard. It was developed as part of Intel's "tick tock" strategy -- a goal to introduce new cutting edge products every 12 months.