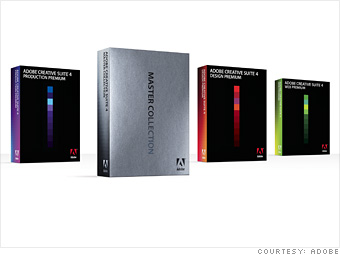 Adobe's products are the gold standard for the toughest of critics: creative professionals. Its Photoshop, Illustrator, and Premiere programs are must-haves for this group; for the rest of us, there's Adobe's ubiquitous Flash Player and Acrobat PDF reader.

Adobe has long held a dominant position for online video and PDFs, but it's starting to face more competition (not to mention a serious headache in the form of Steve Jobs' rants against Flash, which Apple refuses to support on the iPhone, iPod touch and iPad). Microsoft Office 2007, for example, allows users to create PDFs and Microsoft's Silverlight video player is being used for the Winter Olympics and March Madness basketball tournament.