The Hunt brothers and silver 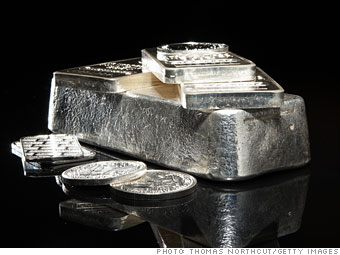 In 1973, another set of brothers, William and Nelson Hunt, developed, as TIME wrote, a "passion for silver." This passion drove them to buy a whopping 35 million ounces in futures contracts. When the brothers started buying up silver, it was priced around $2 per ounce, but by early 1980, the price per ounce had gone up to $50. In those seven years, they had amassed 200 million ounces of silver with the help of Saudi Arabian partners.

The brother's ambition led them to believe that the price of silver would continue to rise to $200 or $300 an ounce. Unfortunately, in response to their gambit, Comex enacted Silver Rule 7, which significantly reduced the ability of any large contract holder to use leverage to buy silver.

On March 27, 1980, a day known as Silver Thursday, the Hunt brothers failed to meet a $100 million margin call. Silver prices collapsed 50% as investors feared the worst. Eight years later, the Hunt brothers were banned from trading, forced to liquidate their silver holdings, and were fined $10 million each.

NEXT: Porsche and Volkswagen