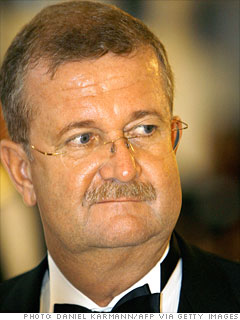 Not a commodities play, but an audacious attempt by a small company to corner a far larger one. Wendelin Wiedeking, then CEO of Porsche, had been quietly increasing his company's stake in Volkswagen for years. On October 26, 2008, Porsche revealed it had bought 31.5% of VW's shares across a range of investment bank accounts, in addition to their known holding of 42.6%. A fifth of the remaining shares were owned by the German state of Lower Saxony. It looked like Porsche was going to swallow Volkswagen.

After Porsche announced their total 74.1% stake in Volkswagen, hedge funds went into a frenzy trying to cover their short positions and buy the less than 6% of shares outstanding on the market. In two days, Volkswagen shares jumped from €200 to €1005, making Volkswagen the world's most valuable company, ahead of Exxon Mobil.

Credit markets were exceptionally tight that fall, and Porsche didn't have the money to buy up enough stock to finish the deal. The Volkswagen board wasn't interested in helping. Soon enough, Porsche needed VW's cash to service its debt related to the stock it had amassed.

Volkswagen and Porsche announced they were working on a merger expected to be complete by 2011, but the tables had turned: Volkswagen would be the one doing the acquiring. Wiedeking, who says his motto is "no risk, no fun," was forced to step down as part of the deal.