They once made headlines. Now they thrive behind the scenes. Fortune catches up with business leaders who shook things up, from "Chainsaw Al" to "Unruly Julie." 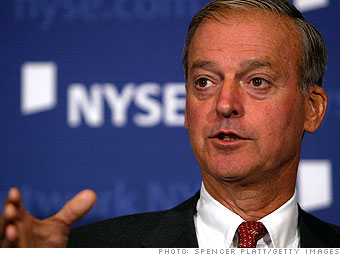 Now: A decade later, Reed has pretty much left capitalism behind -- and he takes a dim view of the titans who ran the place in the meantime. He resigned all his seats on corporate boards to focus on non-profit work and other ventures. "I'd spent 35 years worrying about a penny a share. I just figured, "Why do any more of that?'" Among other things, Reed, now 71, serves as chairman of the governing board at MIT, his alma mater. Looking back, Reed now calls the mega-merger, which he recommended, "a mistake." But the real problem, in his view, is that it "clearly required superior management, and it did not receive that."

From the sidelines, Reed blames the financial crisis of 2008 on the abandonment of traditional banking. And he's doubtful that bankers or regulators have learned that lesson. "It's quite amazing," says Reed. "It's like having a near-death car experience and you get back in the car and you drive just as wildly as you did before."