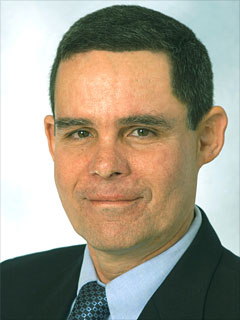 The former Israeli army general commands a $15-billion-a-year drug powerhouse that makes generic knockoffs faster and in larger quantities -- some 8 billion pills a year -- than its competitors. The Israel-based company now accounts for 22% of all generic-drug sales in the U.S. and has been steadily adding to its portfolio, including a pending deal for Merck's Theramex unit. One of Teva's biggest sellers happens to be a proprietary drug it developed on its own: Copaxone, used to treat multiple sclerosis.

NEXT: 21. Wang Chuanfu
Last updated November 19 2010: 10:47 AM ET
More from Fortune
Reader's Choice
After a month of rabid online voting you crowned your own Businessperson of the Year. More
Reed Hastings: Leader of the pack
Executives from Silicon Valley to Hollywood to Wall Street admires his savvy persistence - and his company's cool culture. The secret to the Netflix CEO's success? He never stops looking over his shoulder. More
When they were young
Michael Dell was 21 when he first appeared in Fortune. Bill Gates made the cover when he was 30. Here's a look back at some of today's biggest business leaders when they were climbing the corporate ladder. More