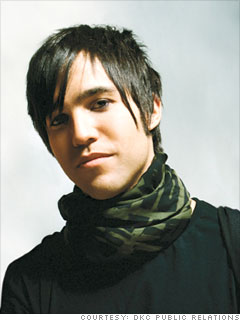 The former bassist and lyricist for Fall Out Boy, Wentz, 31, has also proven himself to be an astute businessman. He co-owns a string of nightclubs in New York, Chicago, Barcelona and Los Angeles, all called Angels & Kings.

He also heads up the five-year-old Clandestine Industries, a clothing business that will soon release a new line of graphic t-shirts, embellished hoodies and other casual wear.

In 2005, Wentz founded the record label Decaydance, which represents artists including Panic at the Disco and Cobra Starship.

"What lies in the heart of the company is that we're artist-friendly," Wentz said. "We're constantly fighting for our bands, whether it's for a bigger video budget or maybe bringing in outside money."