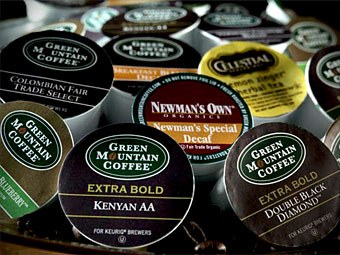 Green Mountain is known as much for its K-cups, the single-serve coffee pods that are ubiquitous in corporate offices these days, as it is for its coffee. The company dominates the single-serve market and boasts customers such as ConAgra Foods, Starbucks, and Dunkin' Donuts, which use K-cups for hot cocoa, teas and coffees. Some 82% of company sales stem from the pod and the "Keurig Brewing System."

It's lucrative for Green Mountain, which charges the equivalent of $35 a pound for coffee in K-cups, according to Greg Fraser of the GRT Absolute Return fund. But Green Mountain faces the loss of patent protection for the K-Cups in 2012, which could crimp revenues and profits going forward.
Get stock quote: GMCR
Revenue ($ millions): $1912.4
Net Income ($ millions): $113
Industry: Beverages

L. Michael Cacace, Douglas G. Elam, Betsy Feldman, Kathleen Smyth, and Anne Vandermey, with Josh Dawsey, Mina Kimes, and Sam Silverman
Network with Green Mountain Coffee Roasters
What businesses do you think are primed to grow in this economy?
From the September 26, 2011 issue.
Revenue and profit figures reflect the four quarters ended on or before April 30,2011.
Total return is through June 30, 2011.
Top 3
See the rest
See the rest
See the rest
How we pick the Fastest-Growing
To qualify, a company -- domestic or foreign -- must be trading on a major U.S. stock exchange; file quarterly reports to the SEC; have a minimum market... More