The automotive giant is taking baby steps towards the future. 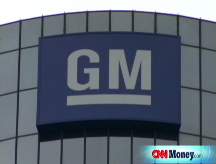 NEW YORK (Fortune) -- If you are a shareholder of General Motors, you couldn't be too happy about what you heard at Tuesday's annual meeting.

GM (GM, Fortune 500) is also going to be spending a ton of dough on at least four different alternatives to the gasoline-powered combustion engine without having a clear idea of whether one or more of them will be commercially successful.

Faced with the most challenging conditions in the company's 100-year history, Chairman and CEO Rick Wagoner continues to move the ball up the court at a steady, measured pace. But the times scream out for this former college basketball player to ignite a fast break with a long, down-court pass.

- Retail sales of traditional body-on-frame pickup trucks and SUVs have been falling precipitously for the last three years. According to GM's own figures, the truck share of the retail sales mix has collapsed by half from around 45% in May 2005. Yet only now is GM announcing the closing of four of its truck plants, and some of them won't be closed until 2010. What will the retail share of trucks be then? 15%? GM could have stopped building Chevy TrailBlazers at the end of the last millennium, and I don't think anyone would have noticed.

- Gasoline prices have been on an upward slope for quite a while, yet only now is GM getting around to taking a look at its Hummer brand, which has become synonymous with the term "gas hog." Wouldn't that have been a smart thing to do a year or two ago, when Hummer still had some value? Perhaps there are some Oldsmobile dealers who'd like a few Hummers for their showrooms.

- Wagoner is talking up a new Chevy small car in 2010 that he says will "achieve benchmark safety and quality levels." The new car will replace the Chevy Cobalt, which even those with bad memories can recall was also hyped as a sensational new car when it replaced the much-maligned Chevy Cavalier in 2004.

Just how sensational the Cobalt turned out to be can be gleaned from the July issue of Consumer Reports, which ranks it 17th among 20 compact sedans tested, behind lots of Japanese and Korean models, and even the Ford Focus. Wagoner is promising a nine-mile-per-gallon fuel economy improvement in the manual-transmission version of the new car. After it finishes its mileage test, its clutch and gear shift could be put on exhibit at the Smithsonian - because you won't see them on the road. Few consumers ever ask for manual transmissions and GM won't be building very many..

To be sure, GM is a big, complicated company, and the business of designing, engineering, sourcing, and building new cars takes about four years, start to finish.

Yet with the world around it changing so quickly, GM has to move quickly or die. At this stage in its history, GM is bedeviled by events it can't control: union problems, supplier strikes, Delphi's bankruptcy, credit problems at GMAC and its Residential Mortgage unit.

So it is particularly important for it to demonstrate some urgency about events that it CAN control. Wagoner and his newly appointed president Fritz Henderson need to be rattling cages and sounding alarms. But Henderson had only the most modest of prescriptions to share with analysts and journalists in his business review Tuesday: align production and inventories with demand; produce more margin per car; tighten structural costs.

Around GM, they hope that the money will start flowing in 2010 when the full impact of its new wage structure kicks in, older retirees start to die off (reducing medical costs), and the number of licensed drivers bulges upward. But given GM's current condition and the state of the foreign competition, that's a long time to wait.

A world of difference: Two cars built on the other side of the globe: The Nissan Cube points the way to the automotive future; the Pontiac G8, back to the past.