Our trademark long-term portfolio can help put you on the road to a secure future. 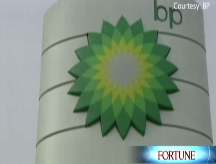 (Fortune) -- Welcome to the age of anxiety. Over the past year, fear, betrayal, and confusion have roiled investor confidence, leaving stomachs queasy and unsettled. Every day, it seems, some giant bank or Wall Street titan discovers a few billion dollars more in troubled assets it didn't realize it owned and now has to write down. Whether it's been the immolation of Bear Stearns, the descent of home prices, or the credit freeze - we're not even going to talk about skyrocketing prices for food and energy - the news has been wrenching.

With all that turmoil, perhaps it's surprising, then, that the major stock indexes haven't sustained more calamitous declines. Sure, they've all slipped 10% or so from their heady peaks in 2007, when credit was free, mega-mergers abounded, and every flower bloomed. (At least that's how it seemed.) A 10% drop certainly qualifies as a lousy run, but it's a far cry from the 20% fall widely viewed as the definition of a bear market. Indeed, it's precisely the fact that shares haven't fallen further that worries some investors. With the economy skidding, doesn't more trouble loom for stocks?

That's where the Fortune 40 comes in. We created our flagship retirement portfolio in 2002 with the goal of gathering a rock-solid, diversified group of stocks that could thrive in good times and hold steady in bad. Most of all, the portfolio is designed to be maintained over the long term. Given that philosophy, we don't quake when markets are troubled for shorter periods. Heck, there may even be a buying opportunity or two available.

All things considered, the portfolio performed relatively well in the past year, declining 2.3%. That figure isn't normally something to crow about, but it easily beat the S&P's 8.0% loss during the same time. Our longer-term results are even better. Since its establishment in 2002, the Fortune 40 has generated an average annual return of 15%, besting the S&P's 11%.

Among our stars last year were international picks, which rose a collective 12.9%, and (surprise, surprise) energy selections. Brazilian oil producer Petrobras (PBR), which fit both categories, soared above the others with a 163% leap. The dogs were led (also no shock) by the financial stocks. Swiss bank UBS (UBS), for example, cratered 60% under the weight of bad subprime loans and too much risk taking.

Despite the occasional clunker, we still strongly believe in our methodologies, so we're sticking with them. Once again we've divided the collection into five mini-portfolios, each of which is modeled after the stock-picking strategies of the investing world's brightest minds: Jeremy Siegel, Peter Lynch, Benjamin Graham, Chuck Royce, and John Templeton. (Siegel is the only one who has blessed our use of his methodology, though he offers no view on our individual stocks.) We apply a series of screens based on each investor's philosophies and then refine the selections by interviewing top fund managers and grilling analysts.

Of course, even a long-term view requires flexibility and periodic pruning. So this year we're replacing 17 stocks that no longer pass our tests (including some, like Petrobras, that we wouldn't buy now because their success has made them pricey). Among the new crop: BP (BP), US Bancorp (USB, Fortune 500), and some promising stocks you've probably never heard of.

Click here for more details on some of the new entrants in each category (the specific screening methodologies are explained in the footnotes to the tables), as well as for data on each company.

The table below lists all 40. Click on tabs for more on each category.