Growing demand for minerals and grain are attracting workers. Some of this year's hottest job markets - like parts of Australia, Canada and Brazil - are getting a big boost from the commodities boom. 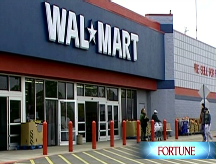 While financial firms in New York, London and Paris have been laying off employees in droves, a commodities boom is changing the landscape when it comes to the hottest job growth markets.

The shift in demand is having numerous ripple effects on other job sectors. In Perth, Western Australia, for example, even bus drivers have become scarce, as mining companies snap up every one they can find to ensure they have enough drivers for their mines.

That demand has helped Australia's unemployment reach a 33-year low this year. Other countries, including Canada and Brazil, are also benefiting from the commodities bonanza. That has led to low jobless figures in some areas of those countries.

But those low unemployment figures do not always go hand in hand with a strengthening economy - sometimes it's merely a factor. For example, the somewhat idling Japan is number two on global placement firm Manpower's list of the hottest job markets. "The country's overall unemployment is so drastically low it mops up demand in general," says Chris Clarke, CEO of Boyden, an executive search firm.

A similar phenomenon has emerged in Denmark. It was the first European Union country to slide into a recession (defined as two consecutive months of negative growth) amid the subprime crisis, which spread to Europe late last summer. However, despite a gloomy economy, less than 50,000 people, out of a population of 5.5 million, are unemployed. Obsolete immigration laws and high labor-taxes have squeezed Danish companies in need of everything from executives and middle managers to electricians and mailmen.

Somewhat surprisingly, this year's number one job growth market according to Manpower is Romania, where a large influx of foreign companies has already absorbed much of the country's skilled labor, such as carpenters, electricians and plumbers.

Yet it's not just the skilled labor pool that's become thin. More than 73% of companies in Romania have had difficulties filling all types of positions. Luring back expatriates used to be the number one solution for Eastern European countries hoping to offset a shortage in the executive ranks. But they have had to "move past that" says Clarke. "We're looking for local people now, that's our main management cadre." But that's often easier said than done.

As the commodities boom grows, the search for executives and middle management will get a lot tougher. Barren areas in Kazakhstan or the Australian Outback are typically not the top pick of college students looking for career growth. Manpower's Joerres notes that companies can no longer hand over a plane ticket, say, "congratulations, you're going to Brazil" and expect a smooth transition.

"The mineral wealth is not always in the nicest parts of the world," explained Clarke. "Everybody volunteers to go abroad. But when it comes to the day they have to make a decision, they come up with all sorts of reasons not to go."

In turn, companies are coming up with new incentives to make moving to these 'quiet' areas more attractive to potential employees.

Placement firms increasingly see the aging population as a colossal force behind future labor demands, which is already showing up in the executive shortages arising in European countries. "Most companies are feeling the pinprick of the pain, but this issue has to go into their bigger strategy," says Jeff Joerres. "A couple of years from now, they [won't be able to] just pull out a new executive like a rabbit from a hat."

Got an unusual job title and the job to go with it? We want to hear from you. Please email bizcards@fortunemail.com with your title and a job description, and you could be included in an upcoming Fortune story.

20 most profitable companies in the world
Related Articles