The trials of Jimmy Cayne

Last summer he was worth $1.6 billion on paper. Then he nearly died and Bear Stearns collapsed.

Jimmy Cayne: In his own words
The former Bear Stearns CEO speaks out for the first time since the firm's collapse, presenting his version of how things went wrong.
View photos
Cayne was at a loss 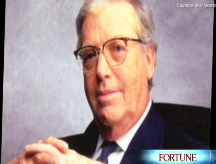 NEW YORK (Fortune) -- In the early morning hours last Sept. 11, a black Town Car pulled up to the entrance of New York-Presbyterian Hospital in Manhattan. Inside the sedan Jimmy Cayne, the CEO of Bear Stearns, was close to death.

At dawn Cayne's wife had placed an emergency call to his physician, Dr. Jay Meltzer, and when Meltzer arrived at the couple's Park Avenue apartment, Cayne, then 73, was drowsy and desperately weak and had no appetite. His blood pressure was dangerously low. He was breathing very rapidly and deeply. Meltzer suspected sepsis. Rather than call an ambulance, Cayne asked for a car, in part because he feared that a public disclosure about his health could further damage the firm - a firm whose stock price had already dropped close to 27% (from $143 to $105 a share) since two of its highly leveraged hedge funds had imploded in June.

Once he arrived at the hospital, doctors discovered that the infection was in the prostate, which meant that his chances of survival were about fifty-fifty. They pumped him with 22 gallons of saline and antibiotics and inserted a Foley catheter. He was in the hospital for the next ten days and shed some 30 pounds.

Cayne survived, but Bear Stearns would not. Six months later a panic among the firm's trading partners, lenders, and customers prompted the Federal Reserve and the U.S. Treasury to step in and negotiate its emergency sale to J.P. Morgan Chase, which acquired it for the fire-sale price of $10 a share on May 30. The 85-year-old firm's demise cost Cayne $1 billion - trimming his net worth to around $600 million.

Jimmy Cayne, in his own words: "Options were limited"

Cayne's career at Bear Stearns ended with his legacy in tatters. He alone among the very top men at "the Bear" (as insiders called the firm) has not been offered a face-saving senior-level job at J.P. Morgan Chase (JPM, Fortune 500) (Cayne claims that's because he is retired). Alan "Ace" Greenberg, 80, who preceded Cayne as CEO, is now vice chairman emeritus at the merged firm and gets to keep 40% of any trading commissions he generates. Alan Schwartz, 57, who took over as CEO when Cayne stepped down in January, was offered a senior investment-banking post there (instead, he is planning to leave the firm at the end of August).

In a series of lengthy interviews with Fortune, he spoke out for the first time since the death of Bear Stearns. (This is an excerpt from "The Rise and Fall of Jimmy Cayne" in the August 18 issue of Fortune. Read the complete story.)

By the time Cayne recovered from his sepsis and returned to the office at the end of September 2007, he and his firm were vulnerable. During the next several weeks Kohlberg Kravis & Roberts, Fortress Investment Group (FIG), and J.C. Flowers, among others, looked at Bear Stearns's books, but it reached no deal with any of them. On Oct. 22, a $1 billion stock swap with Citic, China's largest investment bank, was announced, but it was not a capital infusion and would take months to close.

At the end of November, the firm reported its first-ever quarterly loss - $854 million - after taking a write-down of $1.9 billion on its rapidly deteriorating holdings of mortgage-backed securities and other debt obligations. Cayne decided in January to retire rather than face further embarrassment, but he continued coming into the office, trying to get the Citic deal closed.

As Bear Stearns's liquidity dried up in March, Cayne, an accomplished bridge player whose prowess had helped start his career at Bear, was playing bridge at the North American Bridge Championships. Cayne was still playing bridge in Detroit when the board met by conference call the night of March 13 to discuss the "run on the bank," so he joined the call late.

He didn't know about the Fed's rescue financing on Friday or that the stock had closed at around $30 that day after the credit agencies downgraded the firm. He arrived at Bear's office in New York at around 6:30 p.m. on March 15. "When I walked in they said, 'It's $8 to $12 a share. That's the deal with J.P. Morgan,'" remembers Cayne.

On Sunday morning, before J.P. Morgan lowered the price to $4 per share and then quickly to $2 at the urging of Treasury Secretary Hank Paulson, Cayne went to the Jackson Hole restaurant at 91st Street and Madison Avenue for a couple of eggs with Vincent Tese, the billionaire chairman of Wireless Cable International and the lead independent director on Bear's board. The two had a frank discussion about the ramifications of what Cayne called playing the "nuclear card" - threatening to file for bankruptcy.

On Sunday night he voted along with rest of the Bear board for the now infamous $2-a-share stock deal with J.P. Morgan rather than allow the firm to be liquidated beginning Monday morning. He also voted for the revised $10-a-share deal a week later.

On March 25 - the day after J.P. Morgan revised its bid upward - Cayne and his wife dumped their 5.66 million Bear shares, at $10.84 each, for $61.3 million. (In a fit of pique, Greenberg charged Cayne $77,000 to execute the block trade when the employee discount would have merited a fee of just $2,500.) Now that the deal has closed, Cayne will also receive another $4.6 million in J.P. Morgan stock in exchange for his restricted stock units and for the shares in his capital-accumulation plan.

About the only unscripted moment in the final Bear Stearns shareholders meeting on May 29 came when Cayne commandeered the microphone on the dais in the company's auditorium. "When I retired [on Jan. 4], that was a sad moment," he told the crowd of roughly 400 people who were there to rubber-stamp the $10-per-share price. "This is equally sad. That which doesn't kill you makes you stronger. And at this point we all look like Hercules. Life goes on."