The bank wants to scotch the investor-funded Wells-Wachovia deal that aims to supplant its own version, backed by taxpayers. Good luck with that.

To the aggressors, go the spoils 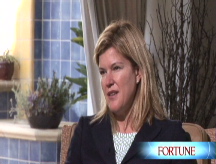 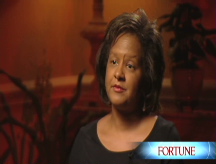 NEW YORK (Fortune) -- Leave it to Citi to play the heavy in the bailout drama.

Just four days after agreeing to buy faltering Wachovia (WB, Fortune 500) in a deal featuring government backing, Citi (C, Fortune 500) is now trying to derail a rival deal - one that promises not to cost taxpayers a dime. Over the weekend, Citi won a court order blocking the competing deal between Wells Fargo and Wachovia - only to see an appellate court overturn the decision Sunday.

The legal fisticuffs capped a week that was consumed by the debate over how badly taxpayers will get soaked by a $700 billion plan to support the financial system.

San Francisco-based Wells Fargo (WFC, Fortune 500) stunned investors Friday by announcing a plan to buy Wachovia for $7 a share in stock, or $15 billion. The deal will give Wells a national banking franchise and more than double its U.S. deposit base - a key consideration at a time when the cost of getting funds in the market has grown exorbitant. If the deal goes through, Wells will find itself the second-biggest U.S. bank by deposits.

"Government actions have impaired markets from short-term interbank debt to long-term bank debt to preferred stock," analysts at Goldman Sachs wrote Friday. "This has sparked a new risk for banks: liquidity. With debt markets largely closed, a war for deposits is underway."

Who pays the tab?

But with Washington all aflutter over the Troubled Asset Recovery Program, the Wells-Wachovia proposal stands out less for changing the dynamics of the deposit war than for its favorable profile for taxpayers.

"This deal enables us to keep Wachovia intact and preserve the value of an integrated company, without government support," Wachovia chief Robert Steel said in a press release Friday.

The deal Citi announced Monday, by contrast, could have ended with the Federal Deposit Insurance Corp. backing as much as $270 billion worth of Wachovia deposits.

It was unlikely that taxpayers would have footed a big tab in a Citi-Wachovia deal, because Citi had agreed to take $30 billion of losses on Wachovia's troubled mortgage portfolios when the deal closed later this year, and to take as much as $4 billion in additional Wachovia portfolio losses annually for each of the next three years.

What's more, Citi had agreed to issue $12 billion in preferred shares to compensate the FDIC for the risk of losses on the Wachovia portfolios. So taxpayers would have ended up on the hook only if the losses tied to Wachovia's bubble-era lending excesses - the lion's share of which were brought aboard in the bank's 2006 acquisition of California's Golden West Financial, the adjustable-rate mortgage lender - surpassed $42 billion.

Still, with legislators having spent the week talking until they were blue in the face about the possible costs of the TARP, the prospect of a deal in which there will be no government subsidy will surely appeal to taxpayers.

This view apparently doesn't resonate with Citi, which wasted no time rushing to court to seek an order blocking the deal.

"Citi has demanded that Wachovia and Wells Fargo terminate and not proceed with any proposed transaction, any conduct in furtherance thereof, or any other act in violation of the Exclusivity Agreement," Citi said in a statement Friday morning. "Citi has substantial legal rights regarding Wachovia and this transaction."

Wells said in its conference call on Friday that it wasn't aware of any agreement that would give Citi such rights. A Citi representative didn't immediately return a call seeking comment Friday.

Meanwhile, the FDIC said it stood behind the Citi-Wachovia deal but added it would "pursue a resolution that serves the public interest."

In the event the Citi-Wachovia deal collapses - Wachovia said the transaction was still in a state of negotiation as of Thursday night - analysts expect that Citi will have other opportunities to expand its deposit base.

That's a key consideration: Citi shares dropped 9% in midday action Friday, wiping out the gains the stock had made earlier this week as investors applauded the bank's apparent success in expanding its deposit base on the cheap.

But let's not forget why Congress has spent the past week trying to pass a bill to provide relief to the financial sector.

"I think there will be other FDIC-assisted opportunities for Citi going forward," said Frank Barkocy, director of research with Mendon Capital Advisors, a money management firm that specializes in financial stocks and owns shares in both Citi and Wells Fargo. "Citi is not going to run away and hide. They will look opportunistically for a situation that is priced correctly and gives them expansion opportunities similar to what they would have had with Wachovia."