Hank Greenberg declines to answer questions in civil case about his role in a transaction with General Re that resulted in convictions of others. 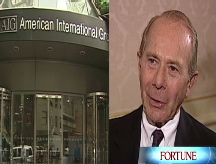 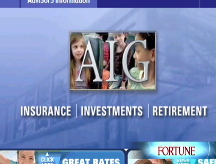 NEW YORK (Fortune) -- Maurice "Hank" Greenberg, the legendary former chief executive of AIG, declined to answer questions Saturday from the New York Attorney General's office about his role in a controversial transaction between AIG and another insurer. Instead, Greenberg invoked his Fifth Amendment rights, his defense lawyer confirmed.

Questions about the deal led to Greenberg's forced retirement from the once-mighty insurance giant three years ago. Since 2005, lawyers on Greenberg's civil defense team had insisted that their client was eager to testify about the transaction, a reinsurance deal that AIG made with Berkshire Hathaway's (BRKB) Gen Re unit.

They said repeatedly that as long as he was provided with the results of AIG's internal investigation of the deal - which he eventually was - he would answer all of state regulators' questions.

Greenberg's chance to testify finally came on Saturday, but he declined. It was a stunning turnaround for a man who along with associates has spent just shy of a quarter of a billion dollars in legal and public relations fees to tell his side of the story and clear his name.

In February, federal prosecutors in Hartford and Washington, D.C. won criminal convictions of four senior Gen Re managers involved in the transaction, including the company's former chief executive and former chief financial officer, as well as a close Greenberg AIG associate, Christopher Milton.

Greenberg's lawyers say that any wrongdoing happened on the General Re side. Greenberg, 83, insisted to Fortune that he merely initiated the idea of a legitimate deal, moving on to more pressing matters shortly after he broached the subject. (Greenberg was the subject of a recent Fortune feature, "Hank's last stand.")

The New York office of the Securities and Exchange Commission issued Greenberg a so-called Wells Notice in May of this year, an indication that the staff was strongly considering recommending civil charges be filed against him in connection with the deal.

The issue of whether Greenberg would or would not testify in the New York Attorney General's case was hotly debated by his criminal and civil defense teams.

His civil defense lawyers, led by Boies, Schiller & Flexner's David Boies and Nicholas Gravante, had supported their client's desire to testify, arguing that a refusal to talk would hurt his chances in ongoing civil litigation. Robert Morvillo, his criminal lawyer, argued that testifying increased Greenberg's chance of indictment.

Greenberg, until recently, seemed inclined to follow Boies' and Gravante's advice. In three and a half days of depositions over the last month, Greenberg testified at length about other accounting matters at AIG that are also part of New York's civil complaint.

But he and his lawyers kept postponing the interrogation on the Gen Re matter until Saturday, citing AIG's collapse and a sudden illness that left Greenberg bedridden.

In a statement to Fortune, Morvillo said: "The continued investment of resources for the last three and a half years by the U.S. Department of Justice in a reinsurance transaction between AIG and Gen Re, which had no impact on the earnings or revenues of either company, and which took place eight years ago, in the current atmosphere of huge corporate defalcations and misdeeds threatening the economic security of the United States indicates a troubling lack of perspective."

He added, "As a result, I have advised Mr. Greenberg that he should decline to testify on this subject matter until such time as a semblance of fairness in injected into this process."

Greenberg, before AIG (AIG, Fortune 500) shares collapsed after a government-mandated $85 billion bailout, was willing to pay at least $100 million to resolve the matter, but he refused to agree to allow the payments to be described as a penalty or fine and wanted to have a say in how the money would be spent, according to people familiar with the negotiations.

Cuomo to AIG: No more parties

Is your annuity safe?