Redstone's woes are shareholders' too 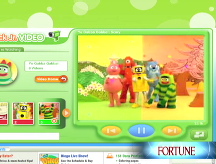 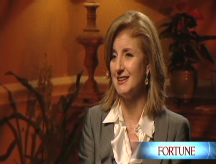 LOS ANGELES (Fortune) -- After his own personal mini-meltdown caused him to sell some of his shareholdings in CBS and Viacom, Sumner Redstone said this week that the situation is under control and that he won't be selling any more.

Meanwhile, media wags are still handicapping whether one or both of the companies he controls might end up in play.

But whatever happens next, Redstone's travails are a clear reminder of how a media mogul's controlling stake in his companies can become bad for business, and for stockholders, particularly when there are two classes of shares involved.

Given Redstone's singular pride of ownership in his empire and obsession with its stock performance, it was stunning to learn Oct. 13 that his private holding company had sold $233 million worth of nonvoting stock in Viacom (VIA) and CBS.

What was that all about? Redstone announced that he - or, to be more precise, his private holding company, National Amusements Inc. (NAI) - needed the money to pay down part of an $800 million loan. Rumors swirled that Redstone got caught in a margin call. Not true, because a margin call would have meant that he borrowed the money to buy stock and that when the stock fell below an agreed level it could be seized unless additional security was put up.

A source close to Redstone insists that the loan is not secured by the Viacom and CBS shares. Still, the loan was suddenly in default because its covenants were tied to the stock prices of CBS and Viacom, and, like the rest of the market, they were being hammered. NAI's sudden sale of stock only drove the stocks lower.

On Wednesday, Redstone told CNBC and the Wall Street Journal that the situation is under control and NAI is trying to refinance the loan, which is coming due in a couple of months. And his advisors claim the 85-year-old still has plenty of assets remaining in NAI, including its 1,500-screen theater chain, to pay down his debts without jeopardizing his control position or even forcing him to sell more stock. He insists he won't sell any more of his beloved CBS or Viacom shares.

So Redstone is having his own personal liquidity crisis. Who cares? Well, actually, CBS and Viacom shareholders should. After what they've been through - over the past year, CBS (CBS, Fortune 500) share prices are down 72% and Viacom's have dropped 54% - the last thing they want to see is the largest shareholder of the company frantically dumping his shares.

Shareholders have gone along with these two-class share structures, believing either that they maintain the integrity of the media company's product (the ostensible reasons for two tiers at the New York Times Co. (NYT) and Google (GOOG, Fortune 500), to name two), or that the mogul-in-charge deserves a free hand to make bold moves (think Rupert Murdoch at News Corp (NWS, Fortune 500)., or the Roberts family at cable giant Comcast (CMCSA, Fortune 500)).

Redstone once belonged in this latter camp, and as a result, he controlled 80% of the votes at CBS and Viacom but only 13% and 11%, respectively, of those companies' equity. "I've never believed, even in a media company, that there should be dual-class stock," says Charles Elson, a University of Delaware law professor who specializes in corporate governance. "Anytime you separate voting interests from economic interests, there is a problem."

Lots of media stocks have sucked wind in recent years, but Redstone's have taken a particular beating since he split up Viacom and CBS in the beginning of 2006.

"Because he's got voting control, most investors throw their hands up and don't really want to be part of it," says Michael Nathanson, the Sanford Bernstein media analyst. "What have Sumner's voting shares got them over the years?"

Just in the past five months, the value of Redstone's CBS and Viacom stakes have diminished from $5 billion to nearly $2 billion, which is what triggered that loan default. Midway Games, a videogame company that Redstone pumped close to $800 million into over the past decade or so, is dire straits, and his dabbling in it is one of the culprits behind NAI's debt.(NAI actually has the $800 million loan plus another $800 million in privately placed bonds that are not coming due as quickly.)

Redstone's life away from the stock ticker seems to be no picnic either. On Oct. 22 he announced that he and Paula, his second wife, were divorcing after a five-year marriage.

And having already paid $240 million to buy his son, Brett, out of the family empire after a legal battle, Redstone has spent much of the past year or so clashing with his daughter, Shari, who runs NAI's theater chain and owns 20% of NAI. (Redstone declined to comment.)

Against this backdrop of unrest, it's not encouraging to see Redstone suddenly selling shares in a way that drives down the companies' stocks even further without prior disclosure. Curiously, according to someone familiar with the situation, as of presstime NAI hadn't even used the $233 million to pay down debt, the stated purpose of the sale in the first place. For years, Redstone proclaimed to his shareholders that content is king. But this could be the winter of their discontent.