How to fix the housing mess

The government has been trying to stabilize the housing market for over a year with no luck. Here are three fresh ideas from the private sector that just might work. 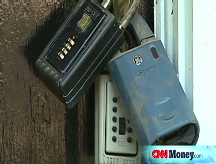 NEW YORK (Fortune) -- What can the government do stabilize the housing market?

Policymakers have been searching for an answer to that question for the past year as the tally of home foreclosures continues to surge and home prices continue to plunge.

So far, the Troubled Asset Recovery Program has been a disappointment, focusing more on shoring up the banking system than on addressing the problems of homeowners. While Federal Deposit Insurance Corp. chief Sheila Bair has been an outspoken advocate of mortgage modifications via rate reductions and term extensions, the Fed and the Treasury have been more intent on providing cheap mortgage financing via Fannie Mae (FNM, Fortune 500) and Freddie Mac (FRE, Fortune 500), and cutting interest rates in a bid to make monthly mortgage payments more affordable.

What's worse, even mortgages that have been modified often go back into default within six months, the Office of the Comptroller of the Currency said this week.

Fortunately, there is no shortage of alternative remedies for the housing mess. But none of these solutions is cheap, and officials will have to decide who among taxpayers, troubled homeowners and investors in mortgages will bear the burden of paying for it all.

Interest subsidies. One approach, forwarded by former Pulte Homes (PHM, Fortune 500) chief James Grosfeld, would have the government subsidize monthly payments paid by homeowners burdened by toxic mortgages made at the peak of the housing bubble, mainly between 2005 and 2007. He defines these mortgages as subprime, option arms and Alt-A mortgages. If a homeowner is currently paying 8% interest, he says, the government could contribute 3% - thereby lowering the homeowner's payment to 5%.

Grosfeld says as many as half of the estimated 9 million toxic mortgages could go bad in coming years, at enormous cost to the nation. He urges the government to apply the same logic to the troubled homeowners that it did to the banks that have gotten hundreds of billions of dollars of taxpayer-backed funding in recent months.

"Their behavior, in assuming toxic mortgages that they could not afford and whose risks they did not understand, is no worse than the unsupervised and highly risky behavior that has taken place in our major financial institutions," Grosfeld says. "Our nation needs homeowners who are 'well capitalized,' which in their case means affordable and predictable monthly payments. This means interest rate relief."

The key to any workable homeowner-relief plan, Grosfeld says, is to make the plan simple, to offer it without exception to those with toxic loans and make the plan worthwhile for loan servicers by giving them a one-time payment to implement the plan.

The last point is important, he says, because some two-thirds of outstanding mortgage loans have been securitized, or bundled together and sold as bonds on Wall Street. Bondholders object to any plans that would lower rates for homeowners because that means lower interest payments to them.

Those firms can modify on a large scale only the so-called whole loans on their books - mortgages that haven't been sold as bonds to investors. Under Grosfeld's proposal, the mortgage is not modified, merely subsidized, so that bondholders receive their contracted interest payments.

Investors, Grosfeld says, would actually benefit from his plan. Homeowners that pay lower monthly payments will be less likely to abandon their homes, thereby increasing the value of the bonds that are secured by these mortgages.

Grosfeld concedes that his program will be costly, but says it's apt to be less expensive than plans that would have the government buying mortgage bonds at par and refinancing those loans. He adds that most costly, for the economy, would be a failure to act on behalf of homeowners.

Insuring mortgage payments. Another approach, offered up by Jack Guttentag, an emeritus finance professor at the University of Pennsylvania's Wharton School, would have private mortgage insurers guarantee that investors in mortgage bonds continue to receive payments even in the event of a default. The government would backstop the insurers, by covering the first 10% of insurance losses over three years and half of all losses afterward.

Like the Grosfeld plan, this concept would bolster the value of mortgage-backed securities, reducing the stress in the financial system. But for this approach to work, Guttentag says, lenders and investors in mortgage bonds would have to write the value of troubled mortgage loans down to market values.

While investors surely won't be eager to do that, Guttentag says the government can sweeten the pot by covering part of those writedowns.

Take the case of a house worth $100,000 at current prices, but whose owner is saddled with a $120,000 mortgage. To qualify for the government-backed private mortgage insurance plan that would guarantee timely principal and interest payments, the investors who own the mortgage loan would have to write its value down to $90,000 - 90% of current market value.

The investor is left with a smaller loan whose repayment is guaranteed, while the homeowner gets a more manageable mortgage. The restructuring also wipes out the homeowner's negative equity position. And when house values start appreciating again, the government shares in any upside - an important consideration in the years ahead, when the federal focus will shift from managing the crisis to reducing the deficit.

Some earlier mortgage-modification programs, including the ones overseen by the FDIC, have stopped short of calling for principal writedowns on the rationale that they aren't allowed by most contracts covering mortgage-backed securities. But Guttentag says mortgage-bond trustees can waive that restriction if they can make the case that a restructuring is in investors' best interest. What's more, he adds, Congress could make the decision easier for loan servicers by protecting them from lawsuits.

"If necessary," Guttentag writes, "government could pass legislation that protects servicers from legal liability if they accept balance reductions that in the best judgment of the servicer are in the interest of investors."

He stresses that negative equity - the state of owning more on your mortgage than your house is worth - is emerging as a growing source of defaults and foreclosures as home prices fall.

"Plans that don't attack negative equity aren't getting to the main issue," he says.

Letting prices fall. A third approach is outlined by Dean Baker, co-director of the Center for Economic and Policy Research in Washington, D.C. He says the key to stabilizing house prices is to allow them to fall to their long-term trend, as determined by a multiple of annual rent payments.

"Bringing prices back to their trend level is the most effective way to boost demand in the market and to begin to reduce the record vacancy rate," he writes in a recent paper.

Though much has been made of the double-digit percentage decline of house prices over the past year in most of the country, Baker says they have further to fall in many areas.

Indeed, while prices have fallen 20% from their mid-2006 peak, according to the S&P Case-Shiller national index, they remain 89% above their January 2000 level in Washington, 71% above it in New York and up 60% in Boston. The reason, Baker says, is that appreciating house prices fed speculation that left prices at unsustainable levels - particularly in an economy that is now in recession.

While Baker's proposal is eye-openingly realistic from an economic perspective - many market observers agree that house prices will have to return to their long-run trend and be comparable to rents before any recovery can begin - it looks unlikely to carry the day politically. The government, after all, has spent the past year pouring money into Fannie Mae and Freddie Mac in hopes that affordable mortgage financing can help break the spiral of declining house prices.

Though that effort has clearly failed, it is at this moment extremely unlikely that the feds will do an about-face and follow Baker's recommendation to deflate the housing bubble once and for all by restricting Fannie and Freddie financing in areas where house prices remain above rental equivalents, and making policy changes that allow homeowners whose equity has been wiped out to stay on as renters.