With the economy weak, police across the country have seen an uptick in the theft of trees from commercial lots. Thieves have targeted holiday trim, too.

Gift ideas for every budget 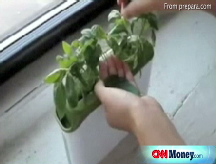 NEW YORK (Fortune) -- With the economy tanking, it may not be a surprise that nuisance crimes like petty theft and vandalism are on the rise. But even police departments are scratching their heads over the latest hot loot: Christmas trees.

In recent weeks, police across the country have seen an uptick in the theft of trees from commercial lots. In Baytown, Tex., cops caught a man earlier this month trying to take several holiday trees off a lot. In Portland, Ore., police nabbed a man last week dragging a stolen tree down the street around 3 a.m. Officials in Hillsborough County, Fla., are investigating a Christmas tree crime spree, with more than 20 stolen from one lot owner alone.

In that instance, 14 Fraser firs were swiped in the middle of the night on December 2; another eight were stolen about a week later. Dan Parker, who has owned the site for more than 50 years, says no trees were stolen from his site last year. In fact, the last time Parker had pilferers was when 40 were stolen in 1978 -- during a similar economic downturn.

"People shouldn't be stealing Christmas trees, because Christmas has a real good meaning," he says. "We don't need this in this economy right now." He sells trees for $35 to $300, adding he didn't raise prices this year because of the weak economic climate. Because of the thefts, he plans to install motion detectors and hire a night watchman to guard his goods for the remaining days - and nights - in his selling season.

In Groton, Conn., the local Lions International club, which sells Christmas trees in the parking lot of the Groton Shoppers Mart shopping center, ordered 400 trees this year instead of the usual 450, anticipating weak demand. It's also anticipating some sticky fingers: Normally the club factors in that 20 to 25 trees are likely to be stolen each year; this year, they expect that to rise to 50 or 60.

"We've always said if somebody has to steal a Christmas tree God bless them," says Bill Foreman, a Lions club member says. "If someone needs a tree that bad so be it."

But he and others say this year's poachers may be products of the sour economy. Sales of fresh Christmas trees have been on an upswing since 2002, with approximately 31 million sold last year for a retail value of $1.3 billion, according to the National Christmas Tree Association. But with little evidence of any black market for Christmas trees, and a six-foot fir costing as much as $200, officials suspect this year's thieves are likely stealing trees for their own living rooms.

Some bad Santas are even swiping décor from charities. An artificial tree that had the names of needy children asking for gifts pinned to it was stolen from the lobby of a post office in Sorrento, Fla. And on Thursday, police charged a 40-year-old woman near Grand Rapids, Mich., with larceny for allegedly swiping toys donated to the Salvation Army. According to local reports, when the woman was arraigned and told her bond was $10,000 she asked the judge, "You got $10,000?"

So much for Christmas cheer.