Fitting bonuses for executives this year

So Credit Suisse will reward investment bankers with junk bonds instead of cash? Here are some other bonuses we'd like to see. 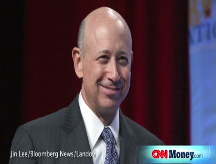 (Fortune) -- Kudos to Credit Suisse. Drowning in red ink, the Swiss bank announced it would pay bonuses to senior investment bankers not with cash but with mortgage-backed securities, high-yield bonds, and other forms of the untradeable junk now clogging the world's banking system.

Reportedly, investment bankers at the firm are steaming mad over the plan, but we think the idea is ingenious. After all, if these toxic securities were good enough for Credit Suisse's customers, they should be good enough for the bankers who cooked them up too. Don't you think?

With a little help from my Fortune colleagues, I've compiled suggestions for how leaders at some other organizations should get their bonuses this year.

For General Motors CEO Rick Wagoner: a 2007 Buick Terraza. This clunker of an SUV came with a sticker price of $28,000. Current trade-in value? About $12,000, according to Edmunds.com.

For compliance officers at the SEC: A week-long vacation in Palm Beach, Fla., complete with a parade in their honor organized by Bernie Madoff's investors. (Flak jackets included.)

For Jerry Yang: Yahoo stock options with a strike price so high -- say the $31 a share that Microsoft offered -- as to make them virtually worthless. Oh wait, he's got a bunch of those already.

For executives at Cerberus: 0% financing at GMAC. There's your bailout.

For Starbucks CEO Howard Schultz: a crate of those god-awful bagels his New York stores have been selling. If those are the best bagels Starbucks can find for outlets here, I shudder to think what they're serving in Omaha. (Note to Howie re: my local Starbucks: Bring back the maple oat scones!)

For Viacom's septuagenarian (and newly single) CEO Sumner Redstone: 10 Showcase Cinema movie tickets and a subscription to eharmony.com. Redstone always seems to do better when he's on the prowl.

For the structured finance specialists at credit rating agencies Moody's, Standard & Poor's and Fitch: the hydrogen-powered backyard grill I just invented. I stress-tested the design on my laptop computer, so I know it's triple-A safe. Really.