Some commentators are finding a tempting comparison between the Madoff scandal and the Social Security system. Here's why it's wrong.

Avoiding the next Madoff 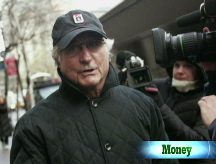 (Fortune) -- It was inevitable that once the phrase "Ponzi scheme" returned to the news in the wake of Bernard Madoff's alleged swindle, a chorus of angry voices would rise to condemn Social Security as, in their words, "the biggest Ponzi scheme of them all."

Their argument -- gaining momentum on the web, among some television commentators, and elsewhere (for examples, see "The Ponzi Scheme That is Social 'Security,' " "The Real 'Mother Of All Ponzi Schemes': Social Security" or "Madoff only the No. 2 Ponzi scheme") -- has a certain appeal because there are indeed some superficial similarities.

Essentially, here's their pitch: a Ponzi scheme is a fraud in which money from one group of people is used to pay promised returns to another group of people. The money isn't invested, it's just transferred, and at some point the scheme collapses because there's not enough income to satisfy withdrawals. (Madoff reportedly confessed to one of his sons that his $50 billion investment business fit that description.) Social Security's critics say it's a multitrillion-dollar Ponzi scheme because although individuals have "accounts," in fact the government uses income from current workers to pay benefits. When benefits exceed income, they say, the system will crumble, just like Madoff's.

It's hard to knock down such a persistent and seemingly elegant analogy. But since it creates a false impression of Social Security, and since I for one consider real Ponzi schemes too important and interesting to obfuscate, it's worth rebutting this myth.

First, in the case of Social Security, no one is being misled. Madoff allegedly falsely claimed to have discovered a "black box" method of earning impressive results, and by doing so enticed individuals and organizations to invest with him. Social Security is exactly what it claims to be: A mandatory transfer payment system under which current workers are taxed on their incomes to pay benefits, with no promises of huge returns. (Of course, it's true that if Madoff had the power to require participation, he would have had an easier time keeping his alleged scheme rolling.)

Second, Social Security isn't automatically doomed to fail. Played out to its logical conclusion, a Ponzi scheme is unsustainable because the number of potential investors is eventually exhausted. That's when the last people to participate are out of luck; the music stops and there's nowhere to sit.

Talkback: Do you think Social Security is a Ponzi scheme?

It's true that Social Security faces a huge burden -- and a significant, long-term financing problem -- in light of retiring Baby Boomers. (The latest projections anticipate Social Security tax revenues to fall below costs in 2017 and the Social Security Trust Funds to be exhausted in 2041.) But Social Security can be, and has been, tweaked and modified to reflect changes in the size of the taxpaying workforce and the number of beneficiaries. It would take great political will, but the government could change benefit formulas or take other steps, like increasing taxes, to keep the system from failing.

Third, Social Security is morally the polar opposite of a Ponzi scheme and fundamentally different from what Madoff allegedly did. At the height of the Great Depression, our society (see "Social") resolved to create a safety net (see "Security") in the form of a social insurance policy that would pay modest benefits to retirees, the disabled and the survivors of deceased workers. By design, that means a certain amount of wealth transfer, with richer workers subsidizing poorer ones. That might rankle, but it's not fraud.

Charles Ponzi, for whom the scheme is named, was unencumbered by such high-minded ideals. When he came to fame in 1920 -- 15 years before Social Security's creation, by the way -- he was a charming, likeable Bostonian who convinced himself that he had found a way to make himself and his investors rich using foreign exchange rates and international postage coupons. When he realized that his method wouldn't work, he should have come clean, but instead he tried to find a legitimate way to deliver on his promises, only to bring ruin on many of his investors and himself.

If the allegations against Madoff are true, he was even worse, having spent many years knowing that his remarkable returns were bogus. He apparently relied at least to some extent on investments from charitable foundations, nonprofit organizations and endowments, which could be counted on to make withdrawals at a predictable pace, extending the lifespan of his operations but devastating the philanthropic community. That alone suggests that Madoff's alleged actions were the antithesis of Social Security, cutting holes in safety nets created by others.

None of this is to suggest that Social Security is a perfect system or that there aren't sizeable problems facing the incoming administration and Congress. But it's not a Ponzi scheme. And Ponzi himself, who died in a hospital charity ward with only enough money for his burial, would never have recognized it as his own.

The real Ponzi behind the 'scheme'