Obama's budget has some laudable limits, writes a budget expert, but soaring spending and entitlement promises could bring a crisis that dwarfs the sub-prime debacle. 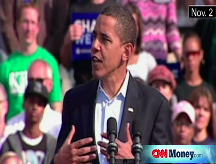 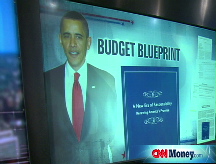 NEW YORK (Fortune) -- There is much that is encouraging in President Obama's first budget, but also items of concern for those of us who worry that our growing deficits and debts will imperil America's future.

For starters, the administration's economic assumptions assume a rapid recovery, with real GDP growth of 3.2% in 2010 and 4% in 2011. We should all hope that scenario becomes reality. However, should the economy not recover as quickly as the administration projects, our deficits and debt will prove to be higher than projected in the budget.

The president is to be commended on several fronts:

America's health-care system needs fixing, but the administration has got the steps out of sequence, in my view. The president is advocating expanding health-care coverage before we have proven our ability to control health-care costs - and before we make a significant down payment on the federal government's tens of trillions of dollars in current unfunded health-care promises, notably from Medicare.

The president's budget results in a total debt-to-GDP ratio of 96% and rising by 2010 - factoring in the current debt owed to the Social Security and Medicare programs. The related bonds are backed by the U.S. government and are guaranteed as to principal and interest.

This ratio reinforces the need for the creation of a "fiscal future commission" to help us get our federal finances in order before we lose the confidence of our foreign lenders. Without such a step, we may face a "super sub-prime crisis" in the future, a government debt debacle that will have no higher authority to bail it out.

The author is president and CEO of the Peter G. Peterson Foundation and former comptroller general of the United States.