Nobody knows what to expect, but companies and employees are taking some common-sense precautions.

Paste this link into your favorite RSS desktop reader
See all CNNMoney.com RSS FEEDS (close)
By Anne Fisher, contributor
Last Updated: May 4, 2009: 9:43 AM ET
Sign up for the Ask Annie e-mail newsletter 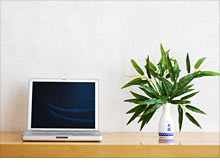 NEW YORK (Fortune) -- In a conference room in McLean, Va., a handpicked group of senior operatives hunch over laptops and watch wall-mounted video screens. The "war room" is connected electronically to similar rooms all over the world, where people are using state-of-the-art technology to test various hypothetical disaster scenarios and make sure the organization is prepared to respond.

A secret meeting room at the CIA, perhaps? No, it's the crisis management center at the headquarters of consulting firm Booz Allen Hamilton. Says Ray Thomas, who oversees risk management for the company's 18,000 employees worldwide, "The key thing in these sessions is to get senior management together to review our policies and procedures and identify any gaps that might arise if the pandemic starts affecting large numbers of our people."

You don't need a high-tech bunker to do that, of course, and every manager who has been watching the news is probably already doing essentially the same exercise in his or her head: What parts of the business must keep running no matter what and, if key people are out with the flu, have we got back-up plans? Do we need to set limits on travel -- no flights to Mexico, for example? Is it practical to have people work at home?

Many companies already made contingency plans for the SARS epidemic in 2003 and the avian flu in 2006, so they're now dusting those plans off and updating them. "If you already had an avian flu plan, it's applicable now," says Thomas. "There are lots of parallels with this current flu" -- such as the fact that each started in a foreign country where many Americans travel, both are highly contagious, and both carry symptoms that are hard to distinguish, at least initially, from those of homegrown viruses.

At this point, employers' biggest task seems to be keeping people from worrying too much. At Ernst & Young in Manhattan, one employee was diagnosed with swine flu on Monday, it was reported by CBS and Reuters. She hadn't been at work since the previous Thursday, and the incubation period for the disease is 24 hours, so it would seem virtually impossible that anyone else at E&Y could have caught the virus from her. Nonetheless, the firm is scrubbing large areas of its Times Square building with disinfectants and has given permission for anyone who wants to work from home to do so. E&Y declines to comment, but the affected employee reportedly has a mild case of the disease and is recovering at home.

Employers, especially in locations like New York where cases of swine flu have occurred, should also be urging employees to wash their hands often and keep their work spaces as germ-free as possible. "We've stepped up sanitizing of our offices, particularly in common areas and on surfaces like door handles that are touched by many different hands. We've also provided hand sanitizers to everybody," says Ray Thomas. "And we can't emphasize enough: If you feel sick, stay home. This isn't the moment for that Type A mentality of coming in to work no matter what."

Ah, but therein lies a rub -- or, really, two. First, if people's jobs don't offer them paid sick days, they may not be able to stay home and get better, or to take care of a sick child, and still pay the bills. "If people have to work to get paid, they're going to come to work," notes John Robinson, head of the employment law practice at Fowler White Boggs in Tampa. "So for some companies, part of being prepared for a pandemic is going to be revisiting their paid sick leave policies -- either adding days for people who have some but need more, or giving some to people who ordinarily don't have any."

Second, Robinson points out, the federal Family Medical Leave Act allows up to 90 days of unpaid leave (at companies with more than 50 employees, for workers who have been in their jobs for at least a year). The leave can also be used to care for a spouse or child who is ill. "In this economy, lots of people are fearful of losing their jobs if they stay home. The Family Medical Leave Act is in effect a guarantee that, if you have to be out due to illness, you'll get to keep your job," Robinson notes. However, he adds, FMLA applies only to "serious" illnesses -- and the regulations attached to the law specifically state that the flu doesn't count.

"Right now, nobody really knows how 'serious' this swine flu really is," Robinson says. "But there have been some deaths, including one child in the U.S. If it had been your child -- well, nothing in the world is more serious than that." Anyone diagnosed with swine flu, or whose child has it, should ask the doctor for an FMLA form, issued by the Department of Labor -- "All doctors have them," Robinson says -- to attest that the illness qualifies as "serious." And then, hope that in your case at least, it isn't.

Readers, what do you say? Is your employer taking any steps to protect its employees from swine flu? What are you doing on your own to stay healthy? Tell us what you think on the Ask Annie blog.

Just what we need. Another panic.