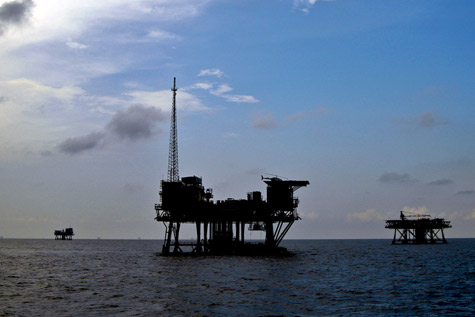 FORTUNE -- Yesterday, Democrats in the Senate rejected taking up a new oil spill response bill because of a dispute over who foots the costs of future spill cleanups and more importantly, how much those parties -- largely oil and exploration companies -- will pay. The Senate is voting on the bill, vaguely titled "a bill to promote clean energy jobs and oil accountability, and for other purposes" in response to BP (BP)'s spill in the Gulf at the Macondo well.

Other parts of the over 400-page bill about energy in general and offshore drilling in particular include safety measures. Until some version of the bill passes, important issues with offshore drilling will remain caught in legislative limbo.

That's a problem. Oil companies have argued that they have stringent safety policies on offshore rigs, regardless of holes in the regulatory system. Many of them do. But this spill has highlighted the need for more efficient oversight.

This block will slow that. The Senate, according to Politico, is supposed to vote again next month, but there's no sign anything will change in that time to help the bill pass.

The major point of contention was the lifting of the liability cap. Generally, Democrats want to hold companies accountable for spill-related damage over $75 million(See editor's note.) Republicans think that the liability cap should stay, so that spills won't bankrupt oil companies.

Either way, the debate is holding up policy that should have been in place long before the spill.

Some examples of actions from the defunct bill that will now live in limbo:

For any of these regulations to win passage, both political parties will have to agree about how much to charge companies that spill, with Republicans seeking to limit damages for future spills. Otherwise, other important parts of deepwater drilling regulation will be bereft of a much-needed update.

Editor's note: Due to an editing error the damage cap was reported as $75 billion. It is $75 million.