How rich is rich? 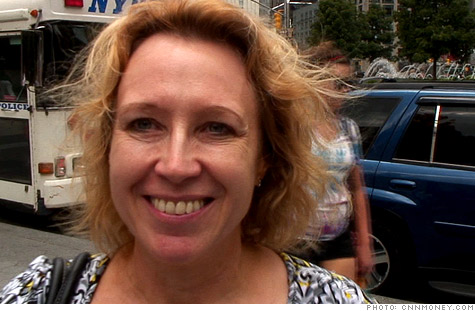 Deborah Veale of Southern California just wants her family to be comfortable without having to work. By Steve Hargreaves, senior writerAugust 9, 2010: 11:06 AM ET

NEW YORK (CNNMoney.com) -- How much money do you need to feel rich?

Wealth is a subjective concept, but one thing is universal in most definitions: being able to live a comfortable life without having to work.

The White House says youre wealthy if you make $250k a year. But what about cost of living? More

"I'd like to have enough money so my family and I wouldn't have to work anymore or worry about the necessities, and maybe travel a bit," said Deborah Veale, a Southern California resident visiting New York City.

Veale said she'd need about $10 million to consider herself set.

One woman from Seattle put it at a "couple thousand dollars a month." Another from New York City wanted a billion (although she'd still fly coach.)

Experts peg the figure to be somewhere around $2 million to $12 million in savings.

On the high end of that range, a single person living in an expensive part of the country (say, New York City), wanting to retire at 35 would need at least $300,000 a year to feel rich, according to Steven Kaye, president of Watchung, N.J.-based wealth management firm American Economic Planning Group. He based that number on real-life figures his clients tell him they need.

A yearly income of $300,000 would allow for taxes, a $3,800-a-month apartment (the average price in Manhattan), and a monthly spending allowance of around twelve grand, he said. Not too bad, especially since you could do this all without a pesky job.

To generate $300,000 a year beginning at age 35, you'd need a nest egg of just under $12 million. That assumes a conservative investment portfolio generating a return of 5% a year, an inflation rate of 2.5% a year and Social Security benefits of $25,000 a year starting at age 62.

Over time, the shape of your nest egg would resemble a bell curve, growing in the early years, and then declining as inflation required you to withdraw more money to maintain a lifestyle equivalent to $300,000 in 2010. The $12 million would finally dwindle to $934 when you turned 100.

But if you're willing to stay in the workforce until age 65, a mere $2 million would be enough.

Jon Duncan, a financial planner at Tacoma, Wash.-based Seneschal Advisors, gave numbers similar to Kaye's, and agreed that for most people, the figure would be somewhere in the multi-millions.

"I'm from an era when we'd talk about millionaires and say 'Whoa, he's got it made for life,'" said Duncan. "But that's not the case anymore."

Indeed, few experts think a million is enough to quit your day job.

Keeping up with the Joneses

Of course, there are other ways of determining wealth besides just what you'll need to live well in retirement.

Although decidedly not recommended by financial planners, one is relativity. Basically, you're rich if you're making more than your brother-in-law.

That appears to be how the government measures affluence. The Obama administration wants to extend tax cuts for all but the wealthiest Americans, which it defines to be those families making more than $250,000.

But that only includes about 2% of the population, according to the Census Bureau.

Kaye cautions not to confuse wealth with income. Some people can make a million a year, but be spending a million and a half. They are not rich, said Kaye.

Trading in a six-figure income for fashion