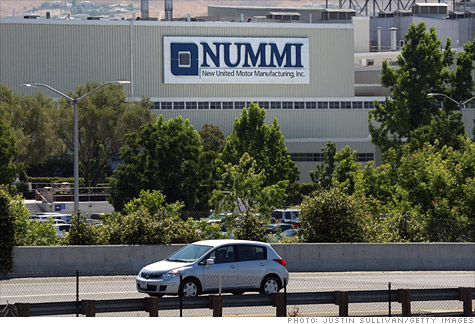 FORTUNE -- In 1982, General Motors closed its manufacturing plant in Fremont, Calif. The location, far from Detroit auto suppliers, was considered among the worst-performing assembly lines in the company's system. Roger Smith had become GM's chairman the year before Fremont was closed, and he had begun to think of ways to reorganize the car company. He knew there was a problem; he just wasn't sure what it was, exactly, or how to fix it.

Then along came Toyota (TM) looking to strike up a joint venture with an American car company as a way to expand into the U.S. market. GM offered them Fremont, and at the time, it seemed Toyota had been stuck with a lemon. In 1984, Fremont was reopened as New United Motor Manufacturing Inc., or NUMMI. Toyota had retooled the space, but as part of the agreement, it had rehired many of the same 5,000 employees who as members of the United Auto Workers had made it an unruly and inefficient place. While GM provided the plant and a dysfunctional workforce, Toyota agreed to teach GM executives the Toyota Production System, its management technique that had gained popularity through the 1970s. 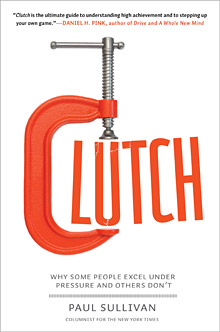 On the surface, it looked as though Toyota was giving away the two most important things it had as a company to the world's biggest automaker: TPS and compact-car know-how. It seemed liked a decidedly uneven deal, tilted in GM's favor. It looked even worse when you judged Toyota against its Japanese competitors, who had opened standalone plants. Their competitors' plants could also start from scratch without an entrenched UAW way of doing things.

Toyota was aware of all of this, but as a cautious company, it preferred signing on with a partner to going it alone in a market that it did not fully understand. In December 1984, the first Chevrolet Nova rolled off the assembly line. It was an exact copy of the Toyota Corolla, a light and basic box with wheels. That spring, cars made at NUMMI went on sale. The Nova would eventually be marketed under the tagline "Imported from America."

But GM, while still the world's biggest carmaker, had actually not gotten as much out of the deal. For one, it had not learned to market a small car. The Nova was a flop compared to the Corolla, and this made no sense to them. Before the Nova was discontinued in 1988, the two cars were the same. They were made at exactly the same plant, by exactly the same workers. One had a Toyota nameplate, the other said Chevy. Yet consumers treated them differently. There was still the perception that Toyota made a quality compact car and GM did not. For once, there was absolutely no basis for that opinion.

Failings with the NUMMI joint venture were not the reason GM ended up in bankruptcy. But NUMMI was one of the many small and large mistakes executives made at the automaker over decades. The root problem it illustrated was a persistent overconfidence, a belief despite evidence to the contrary that GM was the best carmaker in the world and would always remain so. This shows what happens when executives stop believing failure is a possibility and cease making the difficult decisions a company needs to prosper. Overconfidence in the day-to-day operation of a business leads to choking in the clutch. GM, at the end of the day, became a frog in a boiling pot of water: It did not realize it was getting cooked until it was too late.

Rick Wagoner, the company's last prebankruptcy chief executive, had resisted the Chapter 11 filing until he was forced out by the U.S. government as part of its increased bailout. He will be forever linked to the collapse of the company, but this is not entirely fair. While he made some mistakes-defending the Hummer brand, failing to sell underperforming brands sooner, starving Chevy of new models-he was just the last overconfident man in a long line of overconfident GM men stretching back beyond Roger Smith.

At NUMMI, and Toyota in general, the Toyota Production System was designed to prevent the overconfidence that comes from an ingrained way of doing things. What drove the company was the desire to make the cars they produced better, even when they were already good. And this meant competition within the company itself. There is always something to improve and improvement itself, not a fixed goal, becomes your job. There is no time to sit back and be complacent.

Chrysler's speed merchant, Sergio Marchionne
Opel: The achilles heel in GM's IPO
Who's got their electric car act together?
Subscribe to Fortune