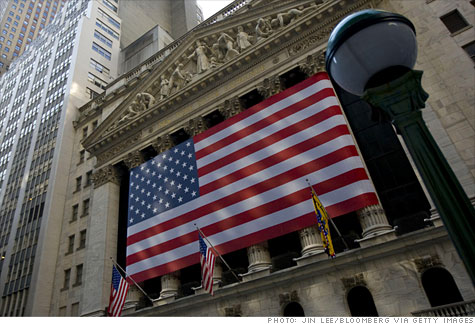 FORTUNE -- While most secular market indicators -- hemlines, sports, the weather -- matter little to big investors, the correlation between midterm elections and rising stock prices is practically gospel. "The charts are eye popping," says Deutsche Bank chief U.S. equities strategist Binky Chadha, who points out that the S&P 500 has produced gains in 18 out of the last 19 midterm election cycles. "It really is an anomaly," he says.

The S&P has returned an average of 13% in the six months after midterm elections, Chadha says, and 17% over the next twelve months, which is vastly better than how it has performed in non-election cycles. The indicator works regardless of which party wins control of Congress, but it's especially strong where there is a Democratic president and Republican legislature. When that scenario is in place, stocks average 14.6% annual returns, according to Bill Stone, chief investment strategist at PNC Wealth Management. "It's the best of all iterations," he says.

With that in mind, many investors are gleefully awaiting this year's midterm elections. The latest Cook Political Report projects that Republicans will gain control of the House and come close to winning back the Senate, pushing Congress into a state of political gridlock (according to Chadha, 70% of midterm elections result in the president losing seats in both chambers).

And gridlock, market experts say, is why midterm elections are good for stocks. The less power a president has, the less likely he is to push an activist agenda, unshackling businesses from the burden of regulatory uncertainty. Or so the theory goes.

But while the indicator has worked in just about every midterm election cycle, some experts fear that political gridlock may fail to provide a boost to stocks this year because of the external factors bogging down the economy. They believe the market is struggling not because of anti-Washington sentiment, but because of fundamentals. "There has to be a more significant intervention in the jobs market than simply letting things play out," says Michael Yoshikami, chief investment strategist at YCMNET Advisors. "The economy is too damaged right now to get away with gridlock."

A regulatory stalemate could not only fail to assist the market but would actually make it worse because it would leave economic problems unsolved. "If politicians are unable to work together, some very important policy decision in taxes and energy may not get made, which would cause damage to the economy," says James Angel, a professor at Georgetown's McDonough School of Business. "Gridlock...will cause us to lose precious time."

Could 2011 hold another government shutdown?

Gridlock enthusiasts counter that, while a split government would slow down the pace of legislation, it would also force both sides to arrive at more centrist solutions. Given the dire state of the economy, it's possible that legislators will have to engage in deal making, says Paul Brace, a political science professor at Rice University. "There tends to be a bipartisan gain to bring benefits to states and districts, and even conservative Republicans tend to get pulled into that game," he says. "One might imagine a response like Clinton's, where he let the government shut down in response to the Republican stalemate."

A divided government could arrive at a more business friendly resolution to the issue of tax cuts. Current rates for capital gains, dividends, and individuals are set to expire soon, a hot-button topic in the midterm elections. "As we see a shift in the political pendulum back to the middle ground...maybe those rates will be raised to 20% as opposed to reverting to 39.6%," says Jeff Kleintop, chief market strategist at LPL Financial. "It would make a big difference to many investors."

Though Obama's massive healthcare and financial reforms are unlikely to be repealed -- the President would veto such efforts -- they could be weakened in their implementation, Chadha says, benefiting stocks in those sectors.

Such pro-business activity, though, would not directly address the problem of joblessness, which many economists believe is still the main source of the economy's -- and tangentially the market's -- woes. Corporate profits have soared this year, but much of that lift has come from cost cutting and inventory restocking. Continued weakness amongst consumers could slow the pace of the recovery, stifling the benefits of reduced legislative activity.

Both sides of the gridlock debate agree that the jobs problem needs to be solved before the market can roar again. But they are divided over the role that the midterm elections would play in spurring that recovery.

Those who believe that gridlock will help the market say it will also boost hiring and bolster consumer demand by improving corporate sentiment. "There's been hesitance to commit to long-term capital investments because of legislative change," says Kleintop. Once the horizon is clearer, he says, employers will free up resources and start hiring again.

Interventionists, on the other hand, say that while business leaders may complain about the government's heavy hand, they are sitting on the sidelines for other reasons. "Most of business hiring is, what orders do we see coming in the next there to six months -- not what will Congress do towards the end of next year," says Angel.

Hiring will improve when the outlook for demand improves, he says, regardless of whether gridlock comes to Washington.