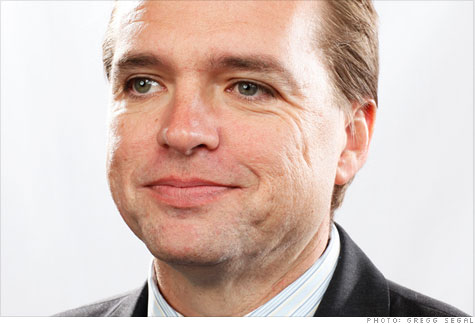 FORTUNE -- Todd Combs, the up-from-obscurity investment manager whom Warren Buffett has made famous simply by hiring him, met just about all of the Berkshire Hathaway brass that he ever needs to a little over a week ago.

That did not happen because Combs, 39, officially arrived for work. He's winding up his hedge fund, Castle Point, and won't join Berkshire until January.

But in the interim he accepted a special invitation to attend a four-day Berkshire (BRKA, Fortune 500) board meeting held in early November. It began with an Omaha dinner on Thursday, November 4, at Piccolo Pete's, Buffett's favorite restaurant these days.

That evening was Combs' first introduction -- and vice versa -- to such board members as Bill Gates; Tom Murphy, the former head of Capital Cities/ABC; and the newest board member, Steve Burke, chief operating officer of Comcast (CMCSA, Fortune 500).

For the next day-and-a-half, Combs sat in on presentations given by eight Berkshire managers about their operations. "Eight interesting business stories" is how Buffett described these to Fortune.

Among those presenting were another Berkshire newcomer, Matt Rose, CEO of Burlington Northern Santa Fe; Ajit Jain, who runs Berkshire's highly important reinsurance operations; and David Sokol, whom Fortune recently profiled as "Buffett's Mr. Fix-It." Sokol, who has had many a Berkshire assignment, is currently running NetJets, which he has turned around from a loser to a company well into the black.

Combs, of course, did not attend the board's two business meetings, held on Friday and early Saturday. But next on Saturday came the meeting's pièce de résistance: an overnight trip on a private Burlington Northern train that traveled west to the largest U.S. coal mine, Arch Coal's Black Thunder mine in Wyoming. Buffett found the visit "fascinating."

We have no quote from Combs. He's still ducking the press. But we do have a picture -- the first to actually catch him in a suit -- to be added to those taken by Bloomberg News earlier at a hockey rink. This picture was snapped at the Piccolo Pete's dinner on Thursday.

In the board's business sessions, Buffett says, he clarified what role Combs will be playing when he reports for work in January. The backstory here concerns Berkshire's October 25th press release in which Buffett, announcing Combs' hiring, indicated that Combs would be running "a significant portion" of Berkshire's money. That wording, plainly imprecise, led some media commenters to believe that Combs was going to be handling megabillions of Berkshire's huge investment portfolio, which at the end of September was $113 billion in size.

But Buffett told the board that he and Combs had discussed Combs' initially running perhaps $2 billion to $3 billion. Either amount would greatly exceed the $400 million that Combs was running at Castle Point.

Amounts of $2 billion to $3 billion, though, would be roughly comparable to the sums managed by Lou Simpson, who has long been in charge of investing the funds of GEICO, a big Berkshire division. Simpson, 74, whose offices are in Chicago, is retiring at the end of this year.

Combs will be paid, says Buffett, as Simpson has been: by salary and an incentive compensation plan that gives him a proportion of the amount by which his performance beats the S&P 500 over a three-year period. Says Buffett, "You want to get away from the short-term ups and downs of the market when you're paying someone for running money, and a plan like this does the job."

The details of Combs' position at Berkshire make it clear that he's entering into an extended trial, during which both Buffett and vice-chairman Charlie Munger (who met Combs first and sent him to Buffett) will be assessing the skills and thinking that their new manager will be bringing to the work.

Buffett's original description, set forth three years ago, of his plan to hire someone to manage money stated that more than one person might be signed up. The possibility that an additional investment manager or two could be hired to join Combs therefore exists.

At Castle Point, Combs' mandate has been financial services investments. But at Berkshire, Buffett told the board, Combs will in no way be restricted as to what he can invest in. "He can range wherever he wants to," said Buffett.

That happens to be what Buffett has done, of course. At various times, he's been heavy in junk bonds, foreign currencies, and derivatives (a part of the Berkshire portfolio right now). He's likely to be similarly eclectic as he goes forward, with what incontestably will be megabillions. He just recently turned 80, but he has absolutely no intention of retiring from his three jobs: chairman, CEO, and über-investor at Berkshire.

Disclosure: Carol Loomis is a long-time friend of Warren Buffett's and a Berkshire Hathaway shareholder.