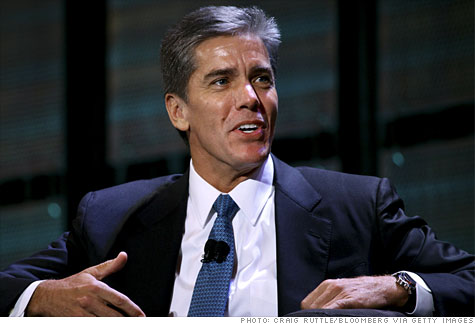 FORTUNE -- Slowly but surely, the energy landscape in America and around the globe is changing. Crude is still king, but oil and gas companies are increasingly folding in more and different assets.

Shell (RDSA), for example, has purchased and developed tons of natural gas assets, even though the commodity sells for cheap in the current market. To get some insight into Big Oil's strategy for the future of energy, Fortune spoke with President of Shell Oil Company, Marvin Odum. Odum filled us in on the long-term natural gas outlook, drilling in the Gulf after BP (BP) muddied the industry's reputation and why Shell feels like oil sands are cleaner than you think.

Fortune: Energy as we know it is changing, how will Shell adapt?

Odum: One of the interesting things about our portfolio is that Shell, by 2012, will actually produce more gas than it does oil. And that's done with intent. We see increased demand for gas. Economies around the world are growing, and we see gas as being a big part of the solution with a lower environmental impact.

But isn't it a problem that natural gas is so cheap?

There is a degree of drilling in the system right now that's oriented towards maintaining acreage for longer-term development--so there's additional production that doesn't look economically rational. A rational market would hold off from drilling some of those wells, but instead you get this aberration of drilling to hold acreage for a longer-term position. But I do think we'll see that play out certainly over the next two years, if not the next 18 months.

Put yourself on the consumer side of this: if you have a choice between building a coal-fired power plant or natural gas-fired power plant, part of what you're going to want to know is what's going to happen to natural gas in the future. With all of the resources that have been identified now across North America, consumers have confidence that not only will the supply be there, but also there will be a dampened volatility of natural gas price. And that's helping natural gas.

So the cheap price of natural gas now could help the industry long term?

It's not just the current low prices, it's actually being able to look at the magnitude of these resources and imagining their development over time.

What about exporting liquefied natural gas?

When it comes to the skills and the technology around liquefied natural gas, we're well-placed if not the best placed company in terms of bringing the solution to that equation. As this market continues to develop, if the right thing is for this resource to leave the continent, we're in a good place to do that.

And you're actually working on turning liquids into gas, right?

Gas to liquids a step further beyond an LNG project. We're moving into Qatar, which will be by far the worlds' largest gas to liquids facility with some proprietary technology. Qatar has the largest gas provinces in the world, and the ability to take part of that stream, which will have a different market than natural gas, was a natural step for us.

Any interest in drilling in deepwater?

Deepwater continues to be an important area for us. We've made a number of significant discoveries, and are anxious to get back to the Gulf of Mexico.

Has the BP spill affected your goal of getting back to the Gulf?

Absolutely. I'll start with the obvious statement, which is that most people lost faith in the industry as a results of that event. The trust that was there had been built up over many decades, but it's something that we have to rebuild. I personally have spent a lot of time over this last year to basically be present to answer questions and work directly with the oil spill commission and the regulator. It did a lot of damage to the industry.

You're in charge of prioritizing Shell's exploration assets--how do you choose which ones to develop?

You have to be looking forward in what most people would think of as the distant future to think about how the energy mix for the world is going to be changing over decades. There are near term, mid-term, and long term aspects of that. You have to be able to think across a number of different time scales that really matter for this business.

I think the thing about the oil sands that needs more public conversation is that it carries the heavy burden of being detrimental from an environmental perspective. The bottom line is that from an emissions standpoint, these resources are about 5-15 percent more CO2 intensive than the equivalent amount of crude.

So we--Shell and our partners--are now pursuing a carbon capture and storage project with government leaders in Canada. My point is, yes, it's a higher energy intensive research to develop, but we're in parallel working on the elements to reduce emissions and increase efficiency.

We see the criticality of the resource and say that this is an important place to be. We also recognize that further development of the oil sands will come with further development of environmental technology. I clearly don't like it when it appears that things we do don't hang together well. But that just requires the opportunity to have the full conversation.