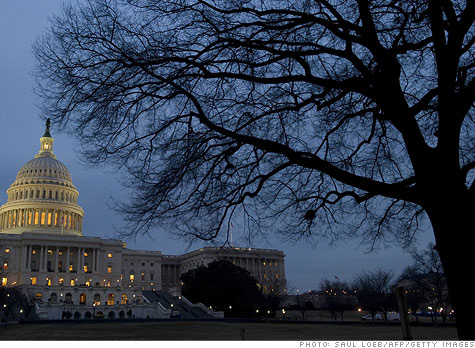 NEW YORK (CNNMoney) -- If Congress fails to approve a spending bill before midnight on March 4, the federal government will shut down.

Lawmakers have spent much of the past week trying to reach a compromise. One possibility is a short-term funding measure like the one proposed by House Republicans on Friday -- a move that would likely just put off the threat of a shutdown for two weeks.

Either way, the prospect remains. And so do questions about what a government shutdown would mean.

Which services would stop? During the last major shutdown, the government closed 368 National Park Service sites, along with national museums and monuments.

The government would keep essential services -- like air traffic control and the national security apparatus -- in full operating mode.

Federal workers who provide medical care on the job would be kept on, as well as employees who handle hazardous waste, inspect food, patrol the borders, protect federal property, guard inmates or work in power distribution.

How many federal workers would be furloughed? The last time the federal government went dark was during the Clinton administration.

In a statement to CNNMoney, a Pentagon spokeswoman said, "We will do everything we have to do to continue to support the deployed troops."

The Clinton-era shutdowns lasted five days and 21 days. Those happened in the final days of 1995 and early 1996. Since that episode the federal government has suffered no similar shutdown.