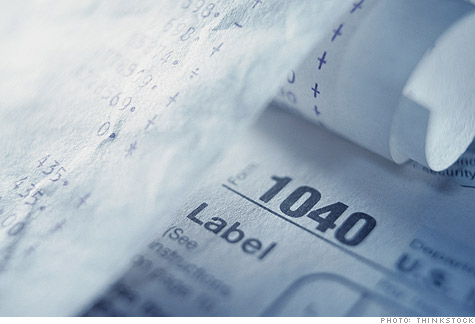 Here are the answers to the most common questions about write-offs.

Tax incentives for appliances are still around, but those go to the manufacturer (which is expected to pass on the savings), not you.

Other energy tax credits due to expire on Dec. 31, 2010, were extended too, but many are less generous, and some eligibility rules have changed.

Boilers and oil furnaces have to meet tougher efficiency standards to qualify in 2011, but all Energy Star windows now pass muster. The maximum credit for windows, though, has been cut from $1,500 to $200.

2. I'm pursuing my MBA while I work. My company does not reimburse me. Can I deduct the tuition? -- A.A., Atlanta

If you're hoping to write off your education as an unreimbursed business expense, tread very carefully. It's been allowed, but it's risky.

A safer bet is to take advantage of an education tax break: the tuition and fees deduction ($4,000 max) or the $2,000 lifetime learning credit. (The $2,500 American opportunity credit can't be used for a graduate degree.) Income limitations apply.

A credit is generally more valuable than a deduction since it directly reduces your taxes; a deduction lowers the income that's taxed.

3. We have been closing a house and donating clothing and furniture. What are the limits on in-kind gifts? -- T.W., Pittsburgh

When you donate stuff as opposed to cash, the paperwork gets onerous once the total write-off hits $500.

You'll need to file Form 8283, which asks for details like when you acquired the property and how you determined its value; for goods worth more than $5,000, you'll need an appraisal.

But big givers like you have one reason to cheer: The rule that capped the deduction for charitable gifts for high-income taxpayers was repealed for 2010, and that repeal was extended through 2012.

"That breather is terrific," says Bill Smith, a managing director in the national tax office of CBIZ MHM.

4. I have more than enough bills to take a medical deduction. What proof is required? -- David S., Rathdrum, Idaho

Record keeping is the easy part: File away every insurance bill, canceled check, credit card statement, and the like.

The tough part is hitting the high bar to qualify -- you can deduct only those medical expenses that exceed 7.5% of your adjusted gross income. As part of the health reform law, that threshold will rise to 10% in 2013.

Fortunately, the definition of expenses is broad: doctor's bills, prescriptions, glasses, contact lenses, medical devices like wheelchairs, handrails in the bathroom, transportation to doctors' appointments, nursing home fees, and certain insurance costs (yes to Medicare B and D, no to Part A, yes to some long-term-care premiums).

You cannot, however, double-dip: If you paid the bill with funds from a flexible spending account or health savings account, which are funded with pretax dollars, it's not deductible.

5. I have not received a receipt for charitable donations of more than $250. Is my canceled check enough? -- B.I., Villa Park, Ill.

Because you gave more than $250, you must have a written confirmation from the charity in order to deduct the gift. So call to get one.

For gifts under $250 -- including multiple donations to one charity that total $250 -- a canceled check or bank or credit card statement will do.

6. Every year I hear "Beware of the AMT," yet every definition I see is confusing. Can you explain what it is? -- Alan Mina, Powell, Ohio

Congress came up with this parallel tax system in 1969 as a way to stop the ultrawealthy from avoiding taxes.

Problem is, because the AMT (short for alternative minimum tax) treats the state income tax deduction and write-offs for your kids as if they were tax-avoidance strategies, and because it was not indexed for inflation, the AMT hits millions, not just the rich.

"Nobody thinks there should be an AMT the way there is now," says Smith, "but no one knows how to get rid of it because it makes too much money."

All Congress does is pass "patches" every year to keep a lid on the number of taxpayers affected. Even so, an estimated 4.4 million will owe the AMT for 2010.

7. Is it worth it to have your taxes prepared by an accountant, or is software just as effective? -- Tim Gaffney, Murphy, Texas

Use software if you're comfortable collecting your tax information, and you won't be intimidated when the program spits back a question. Software like Turbo-Tax or H&R Block At Home is only as good as the data you plug in.

Use a pro if you're facing significant tax complications -- partnership income, say, or investment real estate -- or you're simply not comfortable going it alone.