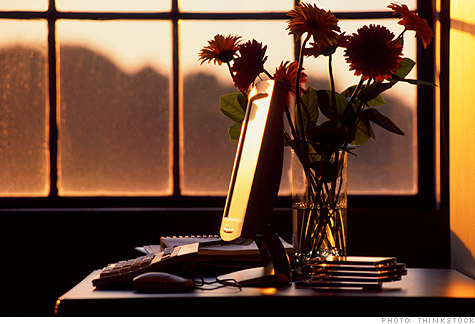 Here are the answers to the most common questions about your small business.

1. This is the first year that I'm an independent contractor. What can I write off? -- Chelsey M., Salt Lake City

A brutal job market is sending many into the world of self-employment, where taxes are often top of mind.

Expenses you can write off on your Schedule C -- where you'll also report your income from 1099 forms -- include office supplies, working lunches, a home office, and health insurance.

Under a special rule for small businesses, known as Section 179, you can deduct equipment such as a laptop immediately rather than spreading it over several years.

So hoard receipts and keep careful records. "Documentation is the key to everything," says Grant Thornton's Ransome.

2. How does the one-year break on the self-employment tax work? -- Gene Tabachnick, Pittsburgh

The payroll tax break, in effect for 2011 only, trims two percentage points off the employee portion of the tax for the self-employed as well as workers on payrolls.

For freelancers, that reduces the Social Security portion of the self-employment tax from 12.4% to 10.4%, bringing the total tax (including the Medicare portion) to 13.3%. Keep this cut in mind when you file estimated taxes.

Notes Keith Hall, national tax adviser for the National Association for the Self Employed: "It won't happen automatically like it will for employees."