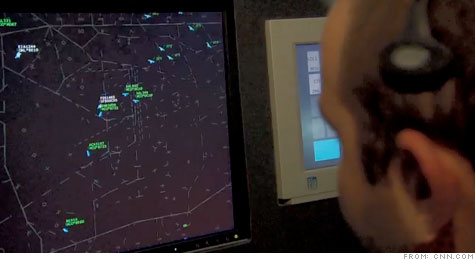 Commentary: Gary Kelly is the chairman of the board, president and CEO of Southwest Airlines.

It's been a tough decade for the U.S. airline industry. Over the past ten years, total financial losses have risen to more than $50 billion. Fuel costs are 4.5 times higher. And, an obsolete air traffic control system exists that contributes to congestion and delays. It's not only been a tough decade -- it's been a lost decade.

The airline industry, both individually and collectively, has been focused on reducing our dependence on petroleum-derived jet fuel. Our efforts to conserve fuel have focused on three key areas:

Step one must be to develop and deliver a much more direct and efficient satellite-based air traffic control system. The FAA has had a plan called "NextGen" to transform today's antiquated ground-based system to a 21st century satellite-based system.

However, the federal government must do more to leverage the technological investments already made by the airline industry so NextGen's benefits -- including greatly improved fuel consumption and reduced emissions -- can be realized much more quickly.

It's not an exaggeration to say that today's air traffic control system is using 1950's technology and flight paths to route our aircraft during a time when most drivers on the highway are following direct routes guided by their GPS systems.

Today's antiquated, ground-based systems add flight time because they do not route aircraft in a direct, linear fashion. Further, because today's technology does not precisely pinpoint an aircraft's position in space, greater separation must be factored into flight patterns.

Additionally, a satellite-based system would:

The fuel savings projected from full NextGen implementation are significant and range from 6 to 15 %. Even a 6% fleetwide reduction in fuel burn results in 1.16 billion gallons in fuel savings and nearly 11 million metric tons (24 billion pounds) of carbon dioxide savings.

Southwest (LUV, Fortune 500) is the first airline to commit to spending millions of dollars to outfit its entire fleet with a GPS-based, NextGen technology called "Required Navigation Performance" (RNP). To date, we have committed to investing more than $175 million dollars over the next several years to install GPS in our 550 Boeing 737 aircraft and train our 6,000-plus pilots in RNP.

But the airlines cannot reach NextGen alone. The FAA, in coordination with the aviation community, must focus its limited resources to design and implement GPS-based flight paths that will result in measurable reductions in fuel consumption and emissions.

In other words, it does no good to use new technology to fly the same old routes more precisely. We must have new flight procedures approved by the FAA to leverage the tremendous potential of NextGen technologies.

Although it's been discussed since the 1970s, Southwest, along with the entire domestic airline industry, is ready for NextGen now.

Why is airfare rising? Because you keep paying

How to find hidden airfare deals