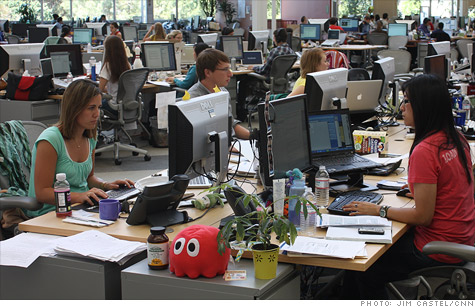 Payroll processing company ADP said private sector payrolls grew by 179,000 in April, after a upwardly revised 207,000 increase in March. Economists were expecting a gain of 200,000 private sector jobs, according to consensus estimates from Briefing.com.

Monthly gains in employment over the last four months have been holding steady around 200,000 since the start of the year, ADP said, which is "consistent with only modest declines in the unemployment rate," the report said.

Despite the slow pace of layoffs in the economy at large, the government and non-profit sector was hit hard by job losses.

"The weak link in the job market right now is the government sector, which continues to shed employees at a heavy rate," Challenger said. "Most of cuts tracked this year were concentrated in the state and local agencies."

The Challenger report -- along with an additional report from ADP -- typically set the tone for the government's highly anticipated monthly employment data.

Economists surveyed by CNNMoney expect the unemployment rate to hold steady at 8.8% while employers added 185,000 jobs in April. For the full year, economists expect 2.3 million new jobs - just under 200,000 per month - and an unemployment rate of 8.4% by year end.