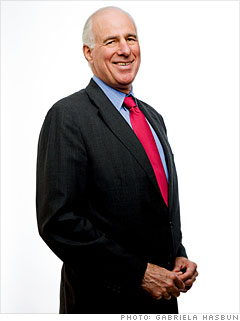 Manager: John Osterweis and team
Expense ratio: 1.18%
Category: Mid-cap blend
One-year return: -34.3%
Return since inception (1993): 9.5% (annualized)
Get quote: OSTFX
John Osterweis likes change. When he and his team evaluate stocks for their $312 million portfolio, they hunt for out-of-favor names with strong cash flows and depressed valuations. They'll consider companies of any size or sector. But the goal, he says, is "value-like names that can be turned around, transformed, and made back into growth stocks." This year Osterweis is playing it especially safe: As of the end of October, more than 23% of the fund's assets were stashed in cash. That has helped limit the fund's 2008 losses to roughly 35%, some ten percentage points ahead of the S&P. Over the past ten years the Osterweis fund has posted annualized returns of 9.2%, trouncing the S&P 500 by nearly nine percentage points.

Osterweis is doling out cash for what he calls "stocks where there has been just huge irrational liquidation." Example: Nevada utility NV Energy (formerly Sierra Pacific Resources). The stock has fallen from a 52-week peak of $18 to about $9. That's a shocking drop for a regulated utility - the shares trade for about 70% of book value_ given that nobody expects electricity usage to be cut in half even in a terrible economy. The shares provide a 4.4% dividend payout, which should help the portfolio hum until the stock rebounds.

One final note: Mutual funds often make taxable distributions in December, so if you're planning to put money into one of these funds, we recommend waiting until after Dec. 22, when all will have made their distributions.

RSS
Source: One final note: Mutual funds often make taxable distributions in December, so if you're planning to put money into the funds discussed in this article, we recommend waiting until after Dec. 22, when all will have made their distributions.
All returns based on data through Dec. 1.
Investor's Guide