The Federal Reserve Board 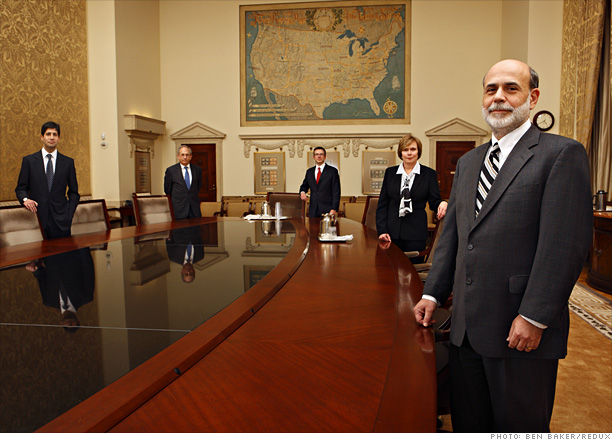 During the worst recession in decades, the Fed, led by chairman Ben Bernanke, has moved creatively and aggressively to help bail out troubled institutions and get credit flowing. Appointed by the president, the board of governors and its staff regulate not only banks but also the nation's money supply.