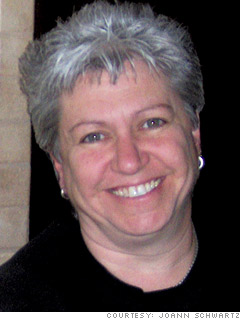 I need a loan now! I launched my doggy day care business as an extension of my pet supplies business. The business was really growing, and I had received requests for a day care area from my customers. I felt ready to expand last summer after doing some research. Fortunately, around that time, the three suites next to mine became vacant. I went to SunTrust bank and after showing them my previous tax returns, the loan officers said it wouldn't be a problem to get a loan - my personal and business credit scores were excellent. The stars really seemed aligned.

I put some of my own money into the project and got the construction moving. I really wanted the loan, about $75,000, to cover most of the build-out, but then in August, the bank came back to me and said no. This was before the meltdown was widely publicized.

So I approached a few more banks, including Wachovia, which I had historically worked with. I got turned down. I went to BB&T and Capital One. No luck. WaMu said a $40,000 loan looked promising. A week before they failed, they came back to me and said that I was not a viable applicant.

With my own funds, approximately $30,000, I've finished the project, but I'm so strapped for cash. The business hasn't paid for itself yet and my credit cards are maxed out. I am fighting to keep my doors open. I am dipping in to the last of my credit to pay my six employees. Sadly, I already had to let two of them go in January.

I'm stuck in a catch-22. Today, when I approach lenders, I show a loss. I'm throwing up my hands wondering what else I can do. The loan officers are nice people, but they just aren't able to help me. They see a risk, not the big picture. I don't want to file for bankruptcy, either - that puts a burden on the credit card companies and taxpayers just because I can't pay my bills. I really want to stay in business, but I need help!

NEXT: A business stuck at the starting gate