The worst market in decades 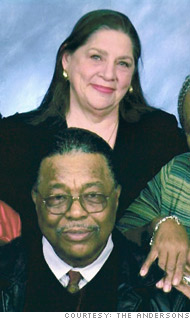 My husband, Edwin, and I started our railcar business 30 years ago. We build lightweight cars for rapid transit systems. As a U.S.-based manufacturing business that is minority- and women-owned -- with a recognized name and track record in the industry -- we are able to score a lot of contracts for public projects.

We've been through the ups and downs before and know how to cut back on expenditures to withstand tough economic times, but this is unlike anything we've experienced before. In order to complete the projects, we need credit lines. In December, Union Bank of California took our $100,000 lifeline away -- only two months after it had been renewed.

In the months leading up to that unfortunate event, projects had slowed down and the prime contractors were less able to pay us. We had been forced to use more and more of the credit line until it maxed out. We were still able, however, to pay the minimum amounts each month, plus the interest, so the severance was a shock to us.

We appealed, knowing that once the projects pick up again, we'll get right back on track. In fact, the bank was aware that we had been awarded a bid for a shovel-ready project that will last about three to five years once it hits the production phase. Still, we were denied.

We approached numerous banks, trying to secure a loan using our commercial property as collateral. We thought that that would be attractive because we only owe $543,000 on it. But the lenders were not interested. Their attitude is, 'You seem half dead anyway, so why should we bother to revive you?'

As a result, I really have no means of getting through the next 90 days. We have tapped our own funds, used up my inheritance from my father's recent passing, asked family for help and even tried to entice private investors, but didn't get any bites.

When things were really busy in 2001, the company hit its peak of 150 employees. Now, we're down to nine. I'm desperate at this point, but we're not whiners. Each day, we suck it up and put our best foot forward. Hopefully, that will be enough for us to survive.

NEXT: Great credit, great collateral -- but no loans